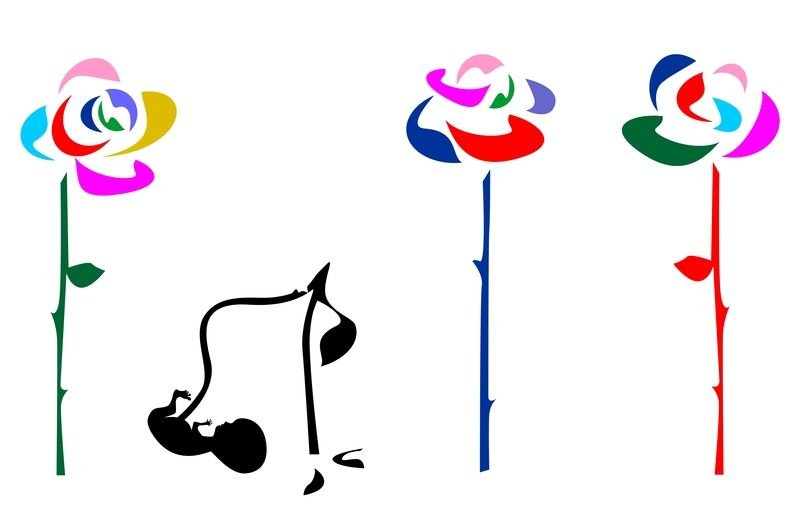 Now that 44 Senate Democrats voted to keep infanticide legal, many people are asking why they did this. There are many reasons. It could be because the Democrats are being endorsed and/or financed by Planned Parenthood and profiting handsomely by the abortion industry in campaign contributions. The Democrats are only interested in power and they will do anything to grab it.

We already know that there is no abortion too late in pregnancy that Planned Parenthood does not like. Planned Parenthood profits exceedingly by the sale of baby body parts. The later the pregnancy, the more money they make on the dead infant. The fact that babies can and do survive third-trimester abortions and are born alive is of no consequence to the abortion profiteers. Dead babies are collateral damage.

In addition, there are now no reasons for an abortionist to save a baby’s life. The Born-Alive Abortion Survivors Protection Act would have enforced penalties and jail time for any abortionist that murdered a baby after it is born. It’s been defeated, and abortionists have free reign to choose 4thtrimester abortion.

You have to ask yourself, can we really trust the abortionist, who was seconds earlier, was attempting to end this life of this baby, to now provide treatment?”

No. Because that would mean the abortionist would have to admit he botched the job. The baby was supposed to be born dead. If an infant is born alive and is breathing and kicking on a table, the abortionist must kill the baby or allow its demise. That way, he protects his reputation, saves his business and gets to kill more babies for profit.

This is exactly where we are in America. Abortionists are serial killers who have found a way to commit their horrendous crimes with the blessings of the Democrats and our judicial system. Our government is now permitting legal child sacrifice. This is pure evil. They don’t do this in Russia, and President Reagan must be turning in his grave.

Senator Ben Sasse did his best with this bill he sponsored to stop babies who survive abortion from certain murder by abortionists, and for defining 4th trimester abortions in accurate detail. It is unbelievable that this bill failed, and that the pro-infanticide radical Democrats voted against it.

The mainstream media/abortion industry complex publishes rates rather than numbers because on the surface it sounds more palatable than say, 12,000 dead children.

Fully-formed infants are killed in late term abortions yet this writer at Slate defends the gruesome practice:

Today, the incidents of babies that are born alive after late-term abortions are more common than most people know. With an estimated 12,000 late-term abortions every year and half of those in the third trimester, who knows how many of these children are murdered after birth.

Nevertheless, the pro-abortion press continues to hawk the “1.3% percent” rate, rather than publish the numbers. Writing for The New York Times Health section, reporter Denise Grady also published the 1.3 percent rate in an article criticizing President Trump’s recent tweet on the vote. The article’s subtitle informs us that “infants are rarely born alive after abortion procedures, and if they are, doctors do not kill them.”

That’s not what we’ve heard. Kermit Gosnell is in jail for murdering babies born alive after botched abortions and storing their feet in a refrigerator. What Gosnell did with the rest of the babies he butchered is unknown. Moreover, research conducted five years ago by the American Center for Law and Justice along with statistics recorded by the Center for Disease control indicate that over a decade period, approximately 362 infants were born alive and died after botched abortions, and the circumstances of their deaths are unknown.

Denise Grady quotes Daniel Grossman, M.D. who states on his Twitter page that he is a public health researcher on abortion and contraception. Dr. Grossman performs abortions:

“A healthy fetus becomes viable — potentially able to survive outside the womb — at about 24 weeks of pregnancy. Only about 1.3 percent of abortions in the United States in 2015 were performed in or after the 21st week of pregnancy, according to the Centers for Disease Control and Prevention. Less than 1 percent of all abortions are done after 24 weeks, and many are performed because the fetus has a fatal condition or the pregnant woman’s life or health is at severe risk.” (italics mine)

“About” 24 weeks? Dr. Grossman – an abortion provider who is obviously biased in favor – states that there is no specific set moment when a baby becomes viable. In other words, he is admitting that there are instances when abortion is being committed on viable babies!

In Tokyo, a baby boy was born at less than 10 ounces in weight. He was born at 24 weeks gestation, believed to be the smallest baby in the world ever to have survived. Fetal viability continues to be pushed backwards closer to conception and 24 weeks is now an arbitrary number.

The link in the Slate article with the dated study by the Journal of the American Medical Association (JAMA) only proves that pro-lifers tell the truth. Abortionists have been committing infanticide for decades and babies do survive. The most infamous case in New York was that of baby Ana Rosa Rodriguez, who was born in 1991 with her arm ripped off in a dismemberment abortion. The abortionist, Abu Hayat, was arrested and jailed for performing what the New York Times called an “illegal abortion.” Why did the Times state it was illegal?

“Tests conducted at the hospital determined that the mother had been 30 to 32 weeks, or 7 to 7 ½ months pregnant, well beyond the legal limit of 24 weeks, or 5 ½ months, for an abortion.”

Abu Hayat operated a legal abortion mill on Avenue A in Manhattan. Technically, the abortion was illegal based upon New York law which banned abortion after 24 weeks. However, Doe v. Bolton, the Supreme Court decision that accompanied Roe v. Wade, allows for abortion up to birth for “health.” Here is an excerpt from the Doe v. Bolton decision:

“We agree with the District Court, 319 F.Supp. at 1058, that the medical judgment may be exercised in the light of all factors – physical, emotional, psychological, familial, and the woman’s age – relevant to the wellbeing of the patient. All these factors may relate to health. This allows the attending physician the room he needs to make his best medical judgment. And it is room that operates for the benefit, not the disadvantage, of the pregnant woman.”

Therefore, even back in 1991 late-term abortions were performed, women died and babies survived.

New polls show a sudden, huge shift to the pro-life position since a number of states have officially legalized 3rdand 4thtrimester abortion. A new Marist poll shows that 47% of Americans consider themselves pro-life, equal to those who consider themselves “pro-choice.” The move to the pro-life side was greatest among Democrat voters, from 20% in January 2019 up to 34% in February. For those Democrats under 45 years of age, the polls indicate a jump from 28% up to 47% in the pro-life column. Only 18% believe abortion should be allowed at any time up until birth, and 71% believe abortion “should be generally illegal” in the last trimester of pregnancy.

A Susan B. Anthony poll shows similar results, with most Americans opposed to late-term abortion:

77 percent of voters support legislation to ensure that a baby who survives a failed abortion be given the same medical treatment as any other baby born prematurely at the same age (55 percent strongly support).

62 percent of voters oppose legislation to allow late-term abortions, even up to the point when a woman is in labor (50 percent strongly oppose).

It is obvious why the polls changed so dramatically. The news about babies being executed after birth does is appalling and Americans are sickened at the thought of it. This topic must stay in the news so people will not forget this is happening.

Now that the Born-Alive Abortion Survivors Protection Act failed, infant sacrifice will continue unless something is done to stop it. We will soon be in the 2020 election cycle. It is important to appeal to voters who make the difference. Every day, we need to talk about this and remind the American people what these Democrats did. We need to call them out and name names. President Trump tweeted that Democrats are willing to execute children. Hopefully, the president will continue with this message.

In campaign ads and commercials, the names and faces of the Democrats who voted for infanticide should be revealed. Pro-aborts tell women: “Shout your abortion!” Pro-lifers must do the same. Shout the names of the senators who support infanticide. Here in New York, my senators who voted for infanticide are Chuck Schumer and Kirstin Gillibrand. Don’t vote for those people. Because in the end, it doesn’t really matter w­hy the Democrats voted for child sacrifice. It only matters that they did it.