The Gosnell film shatters one attorney's agnosticism on abortion 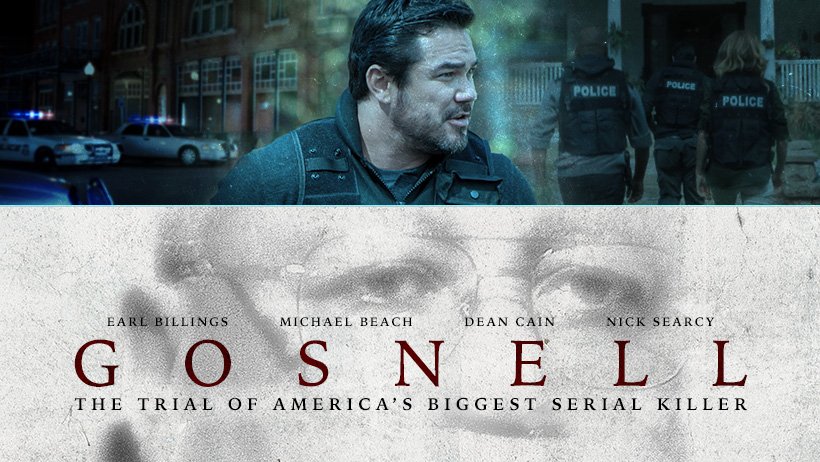 “He who saves one life saves the world entire.”

After seeing the film “Gosnell: The Trial of America’s Biggest Serial Killer,” attorney Adam Mill recognizes that a line must be drawn between abortion and outright murder.   His article in The Federalist is a thoughtful analysis of the film from someone who was not actively pro-life before. Yet, he now acknowledges that modern science has made the Roe v. Wade decision obsolete and that it is time pro-aborts face that reality.

What changed his mind were the horrific murders that Gosnell committed and are documented in the film, and being shocked by the sound of a baby’s cry coming from inside one of the rooms.   Mr. Mill writes:

“The nuances of the exceptions and exclusions to murder laws are resolved in the legislatures of our 50 states by elected representatives after taking input from scientists, doctors, clergy, and stakeholders within the community. Unfortunately, “Gosnell” shattered my sheltered agnosticism over abortion. When the sounds of crying baby can be heard in an abortion clinic, I am forced to admit that abortion stalks the edges of the definition of murder.”

The film shattered Mr. Mill’s illusions about how the pro-abortion movement defines and rationalizes the abortion debate by defending the continuing slaughter of unborn innocents.   He words it beautifully and directs his point to self-proclaimed “pro-choicers” who still deny the truth:

“You might now be tempted to stop reading this as you retreat into a pre-formed position on abortion.  Don’t.  This is the moral no-man’s land that hasn’t been rationally discussed since the political screaming started in the early 1970s, during the oral arguments for Roe v. Wade. At the end of Gosnell’s procedure, he considers it a success if the woman is no longer pregnant and there is no baby. Is it really murder outside the womb, but legal when a doctor completes the procedure inside?”

This is the argument pro-lifers have been making for decades.   We have always known, even prior to the science that confirms our claims, that the unborn child is a living, breathing human being both inside and outside the womb.

I rarely to go the movies, but I did see the Gosnell film the weekend after it opened.   Because New York City theaters had dropped the film, I had to drive 1.5 hours to see it and it was well worth the traffic.   Although I had read the book, seeing the film added the visual dimension that is so important.   The film is thoughtful and disturbing.   It is very important for the public to be disturbed, because that’s how change happens.   People are moved by what they see.

The Gosnell film effectively recreates the scenes inside his abortion “clinic”:  The disgusting, filthy rooms, the masses of clutter, the contaminated instruments that were reused on patients, the bloodstained walls and sheets; the rodents and cats running around, and the turtles Gosnell cared so much about while jars of babies’ feet were stored inside a refrigerator.   These images stay with people.   Anyone who tries to make excuses for the atrocities committed by Gosnell or rationalizing that his clinic is the rare exception are fools.  Gosnell is a liar but he is no outlier among the macabre real-life players in the late-term abortion industry.

The trial comes directly from the actual transcripts.  The Pennsylvania Department of Health had records going back decades and one prominent official turned a blind eye to what was going on.  Meanwhile, Kermit Gosnell continued to earn millions of dollars working his ghastly trade.   He killed babies by snipping their spinal cords and he butchered countless women – no way to know how many because Gosnell destroyed his files.   Karnamaya Mongar died of a Demerol overdose, a narcotic that was administered by one of Gosnell’s office workers who had no medical training. The film also drives home the fact that white patients were taken upstairs to the single clean room in his clinic while poor, minority women were aborted in the dirty rooms.

The film also mentions that Kermit Gosnell was directly involved in the 1972 Mother’s Day Massacre.   Abortions were performed utilizing an experimental device known as the “super coil,” designed with razor blades that opened in the pregnant woman’s uterus.  Nine victims of these botched abortions had their uteruses lacerated.   The details about the Mother’s Day Massacre are in this article.

The Gosnell film performances were excellent all around, and it is obvious everyone involved was passionate about their roles.  Dean Cain was wonderful in his role as “Woody” (James Wood) the outraged police detective who stepped in and demanded the investigation go beyond the initial drug bust.   Sarah Jane Morris gave a sensitive portrayal of Alexis McGuire, the Assistant D.A. who brought Gosnell to justice.   Earl Billings turned in a nuanced and understated performance as Kermit Gosnell.   In some scenes he was intense and diabolical, especially during the trial where he stared down the witnesses and jurists.   In one scene, he was just a friendly, piano-playing host testing the gag reflexes of detectives by offering them drinks.   Apparently, he was oblivious to the detectives’ looks of disgust as they stood in the cluttered filth surrounding them on a visit to Gosnell’s residence.

When abortion was legalized in 1973, the pro-aborts thought pro-lifers would all just go away.   The opposite occurred, and we are growing.   “Gosnell: The Trial of America’s Biggest Serial Killer” is an important documentary because it clearly shows what happens when laws have no limits.   With cases like Kermit Gosnell becoming commonplace and the abortion lobby becoming fierce in their efforts to keep abortion legal for any reason, abortion is looking ugly even to mainstream pro-choice Americans.

Adam Mill sums it up in the final paragraphs of his article:

“The biggest problem with the abortion debate is that it stopped being a debate a long time ago. If abortion is to be legal in any form, Americans must know that the line separating abortion from murder is in the right place and is being vigorously policed. As O’Connor pointed out, a 46-year-old decision by now-dead justices is the wrong way to draw a line that should have evolved with the state of science and public morality.”

“Abortion rights advocates should refrain from refusing to acknowledge or accommodate any discussion or update to this line, because Gosnell proved one thing beyond refutation: at some point it’s not abortion, it’s murder.”

There are always going to be radical pro-abortion serial killers who know the truth and are fully cognizant that abortion is murder.   They kill babies without conscience because it is lucrative and allows them maximum profits while violating minimal health codes.  Unlike legitimate medical facilities, abortion clinics are not regulated.   Rather than acknowledge the humanity of unborn children abortionists take blood money from women in crisis, and their collective immoral indifference will be their downfall.   As horrific as Gosnell’s crimes were, Planned Parenthood forced the cancellation of an initial screening in Austin, Texas before the film even opened nationwide.   That says a lot.

Pro-lifers don’t profit from our position and there is nothing in it for us but knowing right from wrong and wanting wrong to stop.   We are the moral ones fighting for babies’ lives and souls, and for the lives of women victims.   We will ultimately win the war on abortion.