Remembering Holocaust Victims, Heroes and the Sanctity of Human Life 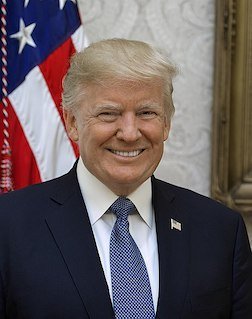 When President Trump addressed the nation in his State of the Union speech, he adopted a somber tone, his delivery was measured as he focused on the importance of recognizing the sanctity of human life, potential and achievement.

Our president condemned the new abortion law in New York State that allows killing a fully developed unborn child without any restrictions. First, he evoked the life-affirming picture of a mother holding her baby and then contrasted that image with barbaric late-term dismemberment abortions:

“There could be no greater contrast to the beautiful image of a mother holding her infant child than the chilling displays our Nation saw in recent days. Lawmakers in New York cheered with delight upon the passage of legislation that would allow a baby to be ripped from the mother's womb moments before birth. These are living, feeling, beautiful babies who will never get the chance to share their love and dreams with the world. And then, we had the case of the Governor of Virginia where he basically stated he would execute a baby after birth.”

“To defend the dignity of every person, I am asking the Congress to pass legislation to prohibit the late-term abortion of children who can feel pain in the mother's womb.”

“Let us work together to build a culture that cherishes innocent life. And let us reaffirm a fundamental truth: all children — born and unborn — are made in the holy image of G-d.”

The president was asking for unity in preserving life. The House Democrats wasted no time in their refusal, immediately blocking a bill that would stop infanticide in the late stages of pregnancy when the child can feel pain. As reported in Life News:

This is the second time Congressional Democrats thwarted an attempt by Republicans to vote on a bill that would provide medical care and treatment for babies who provide survived failed abortions.

Since then, four times in three days the Democrats have rejected every attempt to stop infanticide. They object to providing medical care to infants that survive botched abortions.

Under the new law, if a woman is murdered and loses her child, the perpetrator is not charged with a double homicide. That’s what just happened when 35-year old Jennifer Irigoyen, who was 5 ½ months pregnant, was butchered and brutally slain in the lobby of her Queens, NY apartment building, allegedly by her ex-boyfriend. There is no justice for the mother and her wanted child.

In 1973, did any American ever dream that in a post-Roe world, we’d one day reach a time where we would have to defend saving babies that are already born? In Governor Cuomo’s law there is no provision to save them. How in a civilized democratic society have we come to this? In this sense, since 1973 the Democrats have progressed. They make no attempts to hide their beliefs that innocent children may be sacrificed at the altar of Roe v. Wade.

If voters continue to choose politicians who defend legal infanticide, then we will continue to regress into a primitive age when life had no value. The slaughter of innocent children was openly encouraged and practiced in ancient Greek and pagan societies. That’s what the militant and dangerous radicals want. They won’t admit it to their constituents, but there are no “moderate” Democrats left.

They make no attempts to conceal their disdain for President Trump. In a display of self-righteous arrogance, the “Women in White” and the Democratic House and Senate members sat in stony silence for most of the speech. They were silent even when President Trump provided the good news about our economic boom, including the fact that African-American employment is at an all-time low, that 157 million people are employed and that five million Americans are now off food stamps. The Democrats sat in silence when the president said:

“Tonight, I ask you to choose greatness. America was founded on liberty and independence -- not government coercion, domination, and control. We are born free, and we will stay free.”

In contrast, there was applause on both sides of the aisle when President Trump announced two important anniversaries: The 50thanniversary of the Apollo 11 moon mission and the 75thanniversary of D-Day. Apollo 11 Astronaut Buzz Aldrin received a standing ovation, as did the soldiers who bravely stormed the shores of Normandy:

“In June, we mark 75 years since the start of what General Dwight D. Eisenhower called the Great Crusade — the Allied liberation of Europe in World War II. On D-Day, June 6, 1944, 15,000 young American men jumped from the sky, and 60,000 more stormed in from the sea, to save our civilization from tyranny. Here with us tonight are three of those heroes: Private First-Class Joseph Reilly, Staff Sergeant Irving Locker, and Sergeant Herman Zeitchik. Gentlemen, we salute you.”

Also present was Swat Officer Timothy Matson, who courageously ran into the line of fire to try and save victims of the Tree of Life Synagogue massacre in Pittsburgh:

“Just months ago, 11 Jewish-Americans were viciously murdered in an anti-Semitic attack on the Tree of Life Synagogue in Pittsburgh. SWAT Officer Timothy Matson raced into the gunfire and was shot seven times chasing down the killer. Timothy has just had his 12th surgery — but he made the trip to be here with us tonight. Officer Matson: we are forever grateful for your courage in the face of evil.”

The highlight of the evening was when President Trump announced the two Holocaust survivors that were in attendance. One of those survivors is Judah Samet, who also survived the Tree of Life Synagogue massacre:

“Tonight, we are also joined by Pittsburgh survivor Judah Samet. He arrived at the synagogue as the massacre began. But not only did Judah narrowly escape death last fall — more than seven decades ago, he narrowly survived the Nazi concentration camps. Today is Judah's 81st birthday. Judah says he can still remember the exact moment, nearly 75 years ago, after 10 months in a concentration camp, when he and his family were put on a train, and told they were going to another camp. Suddenly the train screeched to a halt. A soldier appeared. Judah's family braced for the worst. Then, his father cried out with joy: "It's the Americans."

The second survivor, Joshua Kaufman, was imprisoned in Dachau and had endured the cruelty and helplessness of being a victim of Nazi persecution. "To me," Joshua recalls, "the American soldiers were proof that G-d exists, and they came down from the sky."

It is a blessing that these two Holocaust survivors were able to attend this important event, the State of the Union Address. They are fortunate to still be with us and to have shared this moving experience and their stories with the rest of America. It is a blessing that Americans are still unified when we speak of the Holocaust that claimed the lives of six million Jews.

But when it comes to the current American holocaust of our unborn children, there is no blessing in sight. Our two major political parties are divided on what should be a given: All lives, both born and unborn, are precious. Yet, the Democrats continue to be complicit in the most vile form of evil since the Holocaust. We have lost 60 million Americans - an entire generation. How many more generations will we lose before the madness ends?