Pro-life facts that begin at conception 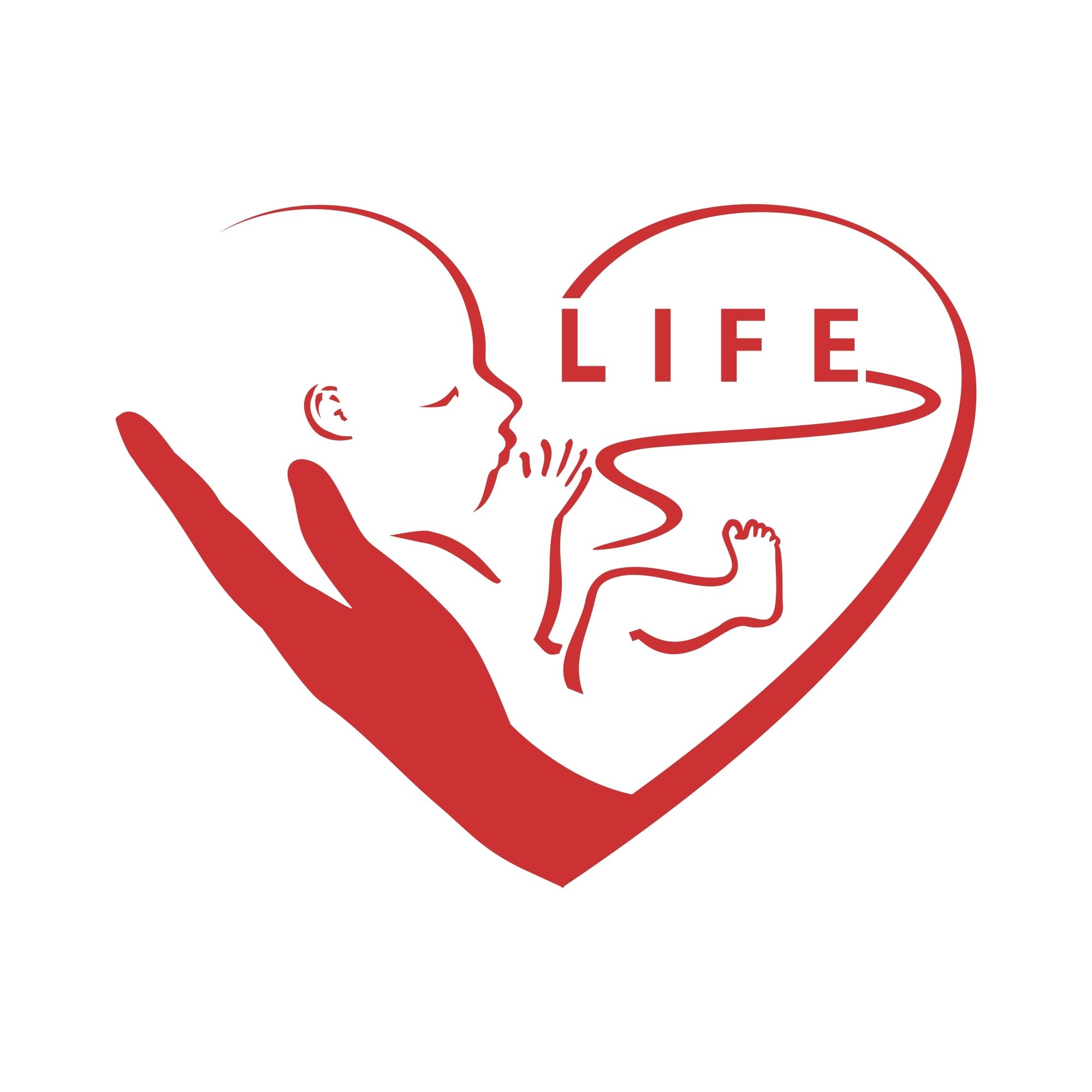 In 1983, U.S. Supreme Court Justice Sandra Day O’Connor wrote in her dissent in Akron v. Akron Center for Reproductive Health that Roe v. Wade is “on a collision course with itself.” Now that Heartbeat Laws are being passed in several states, we are beginning to see what that collision course looks like.

Consider the opinion piece by journalist and author, Debra Nussbaum Cohen, whose article appears on Haaretz. Ms. Cohen objects to the Alabama Heartbeat bill and criticizes it as representing “Christian Rule” in America and “anti-abortion dogma.”   She then writes: “It also presented a threat to my religious freedom as a Jew.”

What Ms. Cohen does in her article is misrepresent a number of specific verses in the Torah and uses them to defend a woman’s so-called “right” to murder her developing unborn child. She states:

“…according to classical Jewish text and most rabbinic interpreters, a developing embryo or fetus is not “an unborn child” or “person,” but has the legal status of an appendage of the pregnant woman. It is part of her body, not a separate person, until the moment that a majority of a viable baby capable of independent life has been born.”

First, science has proven that from conception forward, a developing child has a unique DNA that is differentiated from that of both parents. Moreover, even if the unborn child were part of the mother’s body, that is a lame defense for abortion. It is a violation of Jewish law for any Jew to self-mutilate. It is a violation to get tattoos, let alone cut off a body part or engage in self-wounding.

What do the classical Jewish texts actually say? In his book, Judaism and Healing: Halakhic Perspectives by J. David Bleich, in the chapter “Abortion,” Rabbi Bleich writes:

“Furthermore, the fetus is not merely an appendage to the mother, but is a being in its own right. The Gemara concludes that the embryo is endowed with a soul at the moment of conception.2  Moreover, the Sages taught, “There are three partners in [the generation of] man: the father, the mother, and G-d.3  Accordingly, a decision to terminate a pregnancy is not one which is within the exclusive domain of the mother.”

Rabbi Bleich’s notes in the passage above refer to Sanhedrin 91b and Kiddushin 30b.

Second, the U.S. Supreme Court Roe v. Wade ruling that “fetuses” are not persons afforded Constitutional rights was a decision made by five MEN in robes (I make this distinction because of the hypocrisy; when abortion favors dubious “women’s rights” then it’s ok for men to make decisions). The ruling is wrong. There were numerous U.S. Supreme Court landmark decisions that were unjust. The Dred Scott decision of 1857, in which a majority of the U.S. Supreme Court ruled that African-Americans did not have the right to sue or be granted citizenship, was wrong. In 1897, Plessy vs. Ferguson, which upheld racial segregation as Constitutional allowing for the “separate but equal” doctrine, was wrong. These were all opinions of a few individuals given positions of power on the Court.

Similarly, the Roe v. Wade Court in 1973 found a fundamental “right to privacy” that does not exist in the U.S. Constitution, but is inferred via the “penumbras” or shadows of the Fourteenth Amendment. That decision, along with its companion decision Doe v. Bolton, deprived developing unborn children the right to be born.

Since then, scientific advancements in embryology and fetal medicine uncovered more about human development in the womb. Unborn children feel pain at 20 weeks, which is why they are administered anesthesia during fetal surgery. There is a heartbeat as early as six weeks. That has not stopped the proliferation of articles, such as this one, that claim unborn children feel no pain. Does anyone really believe that an unborn child at six months gestation having his or her limbs torn off in a dismemberment abortion is not feeling agonizing pain? The American Association of Pro-Life Obstetricians and Gynecologists (AAPLOG.org) publishes a page that provides the facts and timeline about fetal pain.

Ms. Cohen writes that the Talmud says a pregnancy is “like water.” That does not mean you can destroy it. In Jewish law it is permissible to violate the Shabbat to save the life of an unborn child. There is no evidence that in ancient times the Jewish people that populated Alexandrian Egypt or ancient Israel were engaging in abortions and killing their unborn children for convenience, even though abortion was rampant in the surrounding pagan cultures. Essential reading is Rabbi J. David Bleich’s comprehensive book “Contemporary Halakhic Problems, Vol. 1” and his shorter book “Judaism and Healing: Halakhic Perspectives,” previously referenced. While it is true that there are opinions and interpretations by rabbis in all branches of Judaism, the default position is that abortion is not allowed.

On my website, The Jewish Life League, I wrote an article series: Is Judaism a Pro-Life Religion? with explanations for numerous biblical passages, including Exodus 21:21-23. Capital punishment cannot be applied for the death of a victim that does not yet exist in the world. A number of unknown factors may have contributed to the child’s death, particularly due to high infant mortality in ancient times. Therefore, a perpetrator cannot be charged with a capital crime unless the mother dies, and a lesser penalty is imposed for manslaughter. This is not unusual in many crimes. A drunk driver who kills someone is not charged with a capital offense, but that doesn’t mean a crime has not occurred.

It is true that in Judaism the life of the mother takes precedence over the life of her unborn child, and that is found in the Mishnah, Oholot 7:6. But Maimonides established the rodef principlecodifying the law and clarifying feticide to be an act of aggression upon the mother’s life.

“Maimonides indicates that the life of the fetus is forfeit only because it is, in some sense, an aggressor. Maimonides’ comment also serves to establish that feticide is a form of (non-capital) homicide. It is this source which led the Chief Rabbinate of Israel, in the course of public discourse over abortion legislation, to declare the performance of an abortion an act of murder.”

Prior to abortion being legalized in Israel, prominent Haredi rabbis and scholars spoke out in defense of life against the proposed law, including Rabbi Moshe Feinstein:

“We must reinforce our sensitivity to the Divine definition of life by reviewing the halachos [Torah laws) that govern preservation of life and prohibit taking of lives. Specifically, as the Rambam declares; abortion is a type of murder and can never be permitted except when the fetus presents a danger to the mother’s life. The proposed law in Israel is not only legalized bloodshed. More than that, it is also a terrible desecration of G-d's name.”1

Using religious texts to defend killing unborn children is not new. There are many organizations such as The National Council of Jewish Women, The Religious Action Center for Reform Judaism and Jewish Women’s International that have been distorting Jewish law for decades to try to prove that Judaism permits abortion. These organizations endorse the gruesome late-term dismemberment abortions and partial birth abortion. Governors in New York, Virginia and Vermont have strengthened their abortion laws to include these barbaric methods to kill unborn children. Liberals are not objecting to these laws. Furthermore, hundreds of children survive late-term abortions. These laws do not require that the child’s life be saved.

Where is the outcry from the left?

Here’s a final and important fact of life: The Migratory Bird Treaty Act of 1918 is a statute still in effect today. From the Wikipedia entry we read this:

“The statute makes it unlawful without a waiver to pursue, hunt, take, capture, kill, or sell birds listed therein as migratory birds. The statute does not discriminate between live or dead birds and also grants full protection to any bird parts including feathers, eggs, and nests. Over 800 species are currently on the list.[2]”

Conservapedia.com, in their entry on “Abortion Controversy” makes this important point:

“Some have pointed to the incongruity of US federal law which deems that the fertilized eggs of any of over 800 species of native birds warrant federal-government protection under the Migratory Bird Treaty Act of 1918 while the fertilized egg of a human being is regarded as a disposable mass of tissue.”