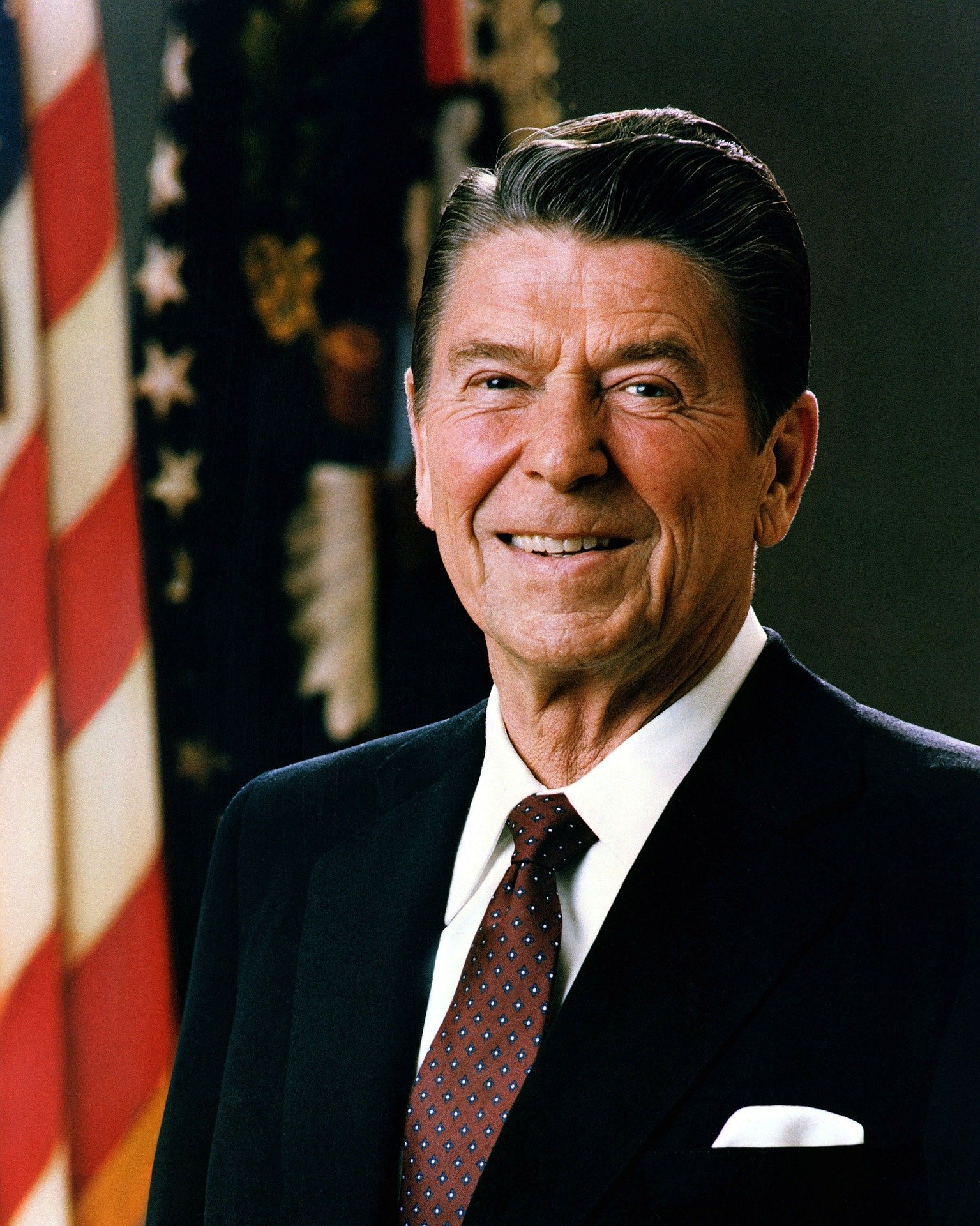 Ronald Reagan was not born into privilege, but in an apartment over a store.  His father was an alcoholic shoe salesman who barely made ends meet.  His college studies led him on a path that included drama, sports and student government.  He achieved success in Hollywood and marriage.  What distinguished President Reagan from the rest is that he developed the wit, charm and gift for communication with ordinary folks that most politicians emulate but never achieve.

You can best judge a person’s accomplishments by how he is eulogized.  The media that castigated President Reagan during his White House tenure and even accused Nancy of running the show is quiet.  Today, a great man is honored for his ultimate achievement: the collapse of communism.  He has proven to the world that mixing common sense with a vision, a plan, and a course of action gets great results.  He knew how to get things done.  The choices are simple: right not wrong, good not evil, freedom not tyranny, life not death, yes and no without ifs ands or buts.  Try learning that in an ivory tower.

He will be remembered most for ending the Cold War, for economic recovery and the resulting boom.  Had he been well, he would have commended President Bush’s leadership and commitment to fighting terrorism against vicious attacks from the press, and from abroad.  However, President Reagan was a moral crusader as well, and is remembered for his unwavering commitment to ending abortion.  A passionate pro-lifer, Mr. Reagan never retreated from the issue.  That contrasts with today’s moderate Republican cowards who cringe upon hearing the phrase “unborn child.”

President Reagan’s pro-life legacy is significant.  He created the Mexico City policy, which prevented funds from going to international organizations that performed abortions.  In 1985 the Kemp-Kaston Amendment was passed by Congress, prohibiting the United States from financing organizations that supported or participated in non-voluntary sterilizations or forced abortions, standard policy in China.  His administration placed a ban on federal funding for fetal tissue research taken from aborted babies, and he opposed the human pesticide RU-486, preventing its importation into the United States.  The Reagan administration filed a brief in the Supreme Court’s Thornburgh case supporting Pennsylvania restrictions on abortion and calling for a reversal of Roe v. Wade.

Following the tenth anniversary of Roe in 1983, President Reagan authored an article entitled, “Abortion and the Conscience of the Nation,” published in the Human Life Review.  The line separating abortions of handicapped pre-borns and the killing of handicapped babies had already been crossed.  The 1982 Baby Doe case involved an infant who was denied routine medical treatment by his parents because his disability was an inconvenience.  Prospective adoptive parents were lined up for this child, but it didn’t sway the judge.  Of this tragedy, Mr. Reagan wrote:

“What more dramatic confirmation could we have of the real issue than the Baby Doe case in Bloomington, Indiana?  The death of that tiny infant tore at the hearts of all Americans because the child was undeniably a live human being – one lying helpless before the eyes of the doctors and the eyes of the nation.  The real issue for the courts was not whether Baby Doe was a human being.  The real issue was whether to protect the life of a human being who had Down’s Syndrome, who would probably be mentally handicapped, but who needed a routine surgical procedure to unblock his esophagus and allow him to eat.  A doctor testified to the presiding judge that, even with his physical problem corrected, Baby Doe would have a “non-existent” possibility for “a minimally adequate quality of life” – in other words, that retardation was the equivalent of a crime deserving the death penalty.  The judge let Baby Doe starve and die, and the Indiana Supreme Court sanctioned his decision.”

On President Reagan’s order, the Department of Health and Human Services notified 6,800 federally funded hospitals that they would lose federal aid if they withheld food and medical treatment from handicapped babies.

Mr. Reagan understood that the real issue is not when human life begins, but what the value of human life is.  In a speech in Orlando Florida on March 8, 1983, he said:

Abortion on demand now takes the lives of up to one and a half million unborn children a year. Human life legislation ending this tragedy will someday pass the Congress, and you and I must never rest until it does.

President Reagan, rest in peace.  The pro-life community will continue the efforts to pass a Human Life Amendment.  In so doing, we will keep your legacy alive.