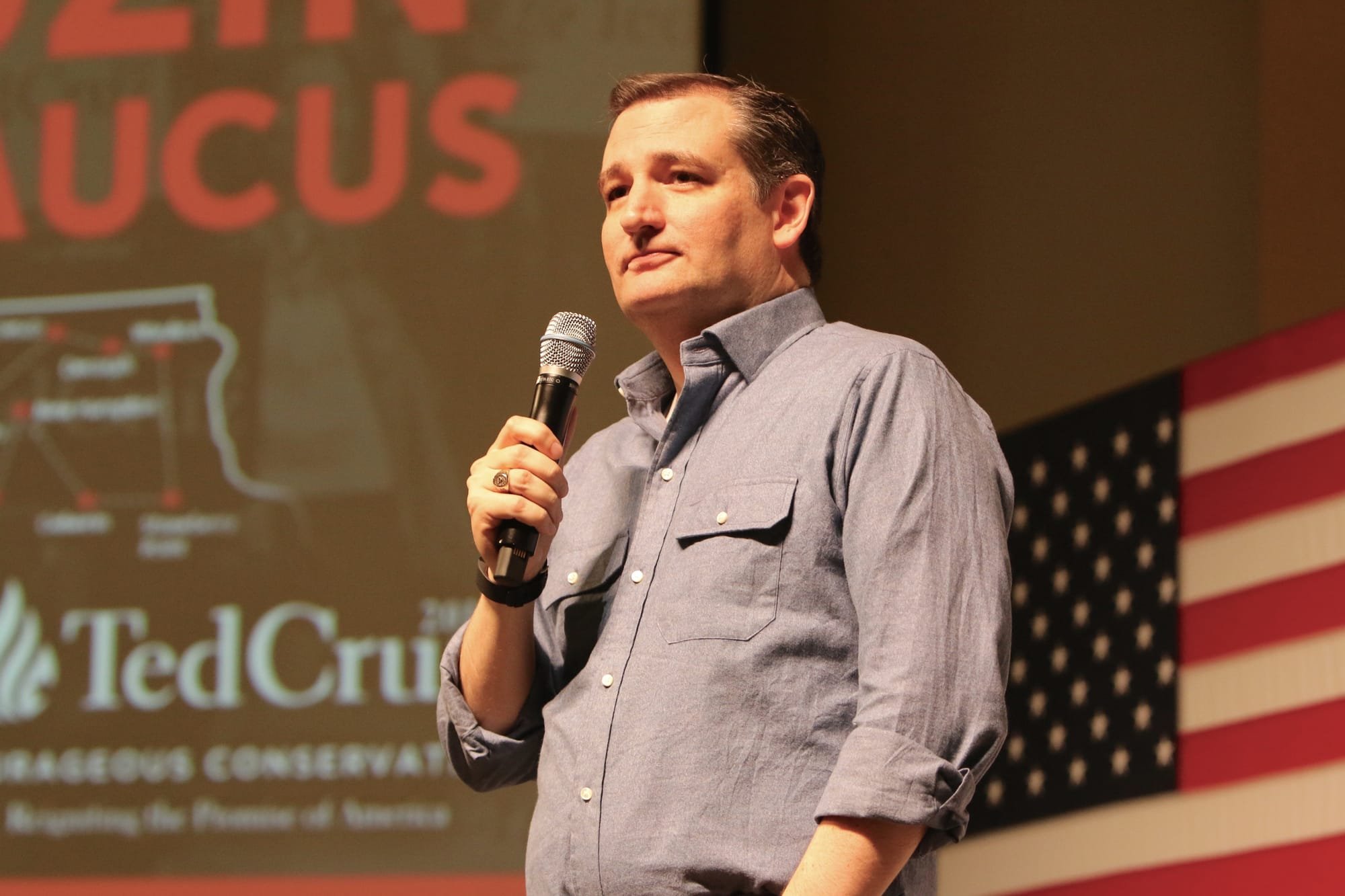 It is critically important for Sen. Ted Cruz to win re-election and keep Texas red and pro-life.

The latest polls coming out of the Texas Senate race show a promising gain in the lead for Sen. Ted Cruz over his challenger, Robert “Beto” O’Rourke.   The Quinnipiac poll has Sen. Cruz leading by nine points.   Real Clear Politics (RCP) polling data now shows the national average of select polls has Sen. Cruz up by 7 points.   This is good news.   At one point, the race seemed to be within the margin of error, and in the past two weeks there has been an upturn for Sen. Cruz.

The bad news is that Robert “Beto” O’Rourke has received an astronomical $38 million in campaign contributions in the last three months, apparently in small donations from left-wing individual activists.   O’Rourke says he accepted zero PAC money, yet received the most money in a single quarter than any other Senate candidate in history.   The Dallas Morning News reports:

“The Democrat’s campaign said its staggering sum came from 802,836 individual contributions, most of them coming from Texas.”

Right.   And Planned Parenthood is a pro-life organization that makes millions of dollars hosting baby showers.

For details of Beto O’Rourke’s funding sources, Mark Greenberg writes a blog for the Times of Israel and offers additional insights:

“There is some confusion about where much of this campaign’s funding is sourced, but the non-partisan website, opensecrets.com, says the majority of the campaign donations (Campaign Committee and PAC’s) are coming from California, New York, and Texas.”

Where does Beto O’Rourke stand on key social issues, particularly on abortion?

“Beto O’Rourke supports a policy of abortion on demand, which allows abortion for any reason (cosponsor, H.R. 1322).”

“Beto O’Rourke voted against the Pain- Capable Unborn Child Protection Act (H.R. 36) and in favor of continuing late abortions after 20 weeks, a point by which the unborn child is capable of feeling pain.”

“Beto O’Rourke supports using tax dollars to pay for abortion. He cosponsored a bill to require funding of abortion without limit in federal health programs (H.R. 771), and he voted against the No Taxpayer Funding for Abortion Act (H.R. 7).”

That’s all you need to know about how Robert O’Rourke feels about unborn children.    He would vote to keep abortion legal for all nine months of pregnancy.

While in college Robert “Beto” O’Rourke played bass guitar in a punk rock band.   I won’t hold that against him.   But I will give O’Rourke demerits for the 1995 burglary charge.   Much worse is O’Rourke’s 1998 drunken driving charge.   He was so sloshed he practically fell out of the car and he left the scene of the accident.   I give O’Rourke LOTS of demerits for that.

Even the Washington Post, hardly a conservative newspaper, gives the details:

“O’Rourke was so drunk that he could barely get out of the car without falling, so perhaps he would not have gotten far — or he was simply confused. Perhaps in his memory, O’Rourke believes he did not try to leave. But, given his blood alcohol content at the time of the crash, O’Rourke’s memory 20 years after the fact is not nearly as credible as the police reports written just hours after the crash. Even if one is inclined to dismiss police reports as riddled with errors, it is the one contemporary record we have.”

The Washington Post uses a Fact Checker and “Pinocchio test” to rate politicians and political candidates for their level of truthfulness:

“The purpose of this website, and an accompanying column in the Sunday print edition of The Washington Post, is to “truth squad” the statements of political figures regarding issues of great importance, be they national, international or local. It’s a big world out there, and so we rely on readers to ask questions and point out statements that need to be checked.”

The Pinocchio test determines whether a candidate is lying.   The rating goes from 1 to 4.   Beto O’Rourke earned four Pinocchios, the highest rating a politician can get.

The fact is there were two potential felony charges against Beto O’Rourke that were dismissed or dropped.

The Houston Chronicle article reveals that the September 1998 incident “was a more serious threat than previously reported”:

“State and local police reports obtained by the Chronicle and Express-News show that O’Rourke was driving drunk at what a witness called “a high rate of speed” in a 75 mph zone on Interstate 10 about a mile from the New Mexico border. He lost control and hit a truck, sending his car careening across the center median into oncoming lanes. The witness, who stopped at the scene, later told police that O’Rourke had tried to drive away from the scene.”

The National Review published an article by author Andrew C. McCarthy that is an essential read.  Mr. McCarthy’s article entitled, “Beto O’Rourke Will Not Get the Kavanaugh Treatment,” explores O’Rourke’s family background and the two potential felony charges against him that were mysteriously dropped:

“Meanwhile, Representative Beto O’Rourke had a pair of felony arrests in his mid-to-late 20s, including a reckless drunk-driving incident in which he crashed into a car and allegedly tried to flee from the scene. The cases appear to have mysteriously disappeared without serious prosecution, notwithstanding that O’Rourke continues to deny basic facts outlined in at least one police report.”

And as Mr. McCarthy further explains, there is very strong reason to suspect that Beto O’Rourke’s father was involved in criminal drug activity:

“Interestingly, O’Rourke’s late father, Pat, a longtime political ally of Texas’s Democratic governor Mark White, was a powerful El Paso judge in the mid ’80s, a few years before Beto’s hijinks. In 1983, a condom filled with white powder, suspected to be narcotics, was found in Judge O’Rourke’s car while it was being serviced. But a sheriff-captain, conveniently surmising that Judge O’Rourke must be the target of a frame-up, directed subordinate officers to flush the powder down a toilet. Voila! — the matter was dropped.”

So it is apparent – although there is no absolute proof – that when Pat O’Rourke was in his position as judge he had political allies and connections that enabled him to get things done, his way and in his favor.

In addition to Beto O’Rourke’s dishonorable background, he also supports every radical left-wing cause including killing unborn babies from conception to birth by abortion.   He even supported the football players who refused to stand for the flag during the National Anthem.

Sen. Ted Cruz is conservative, pro-life, a dedicated supporter of Israel, is strong on fighting terrorism and protecting the Second Amendment.   He is also 100% pro-life and will protect unborn babies’ lives and reverse Roe v. Wade.

If you are in Texas, please get out on November 6th and vote for Sen. Ted Cruz.   He is doing a terrific job as senator.   I just hope he gets to continue doing it.