Is death by organ donation around the corner? 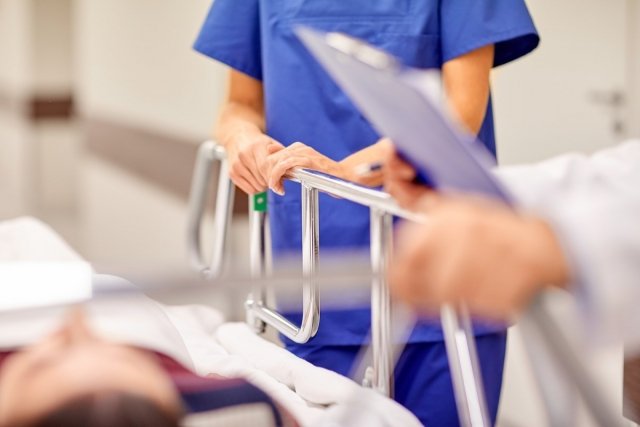 A frightening article by Dr E Wesley Ely of Vanderbilt University’s Medical Center, appeared in USA Today early this month in which he asked, “what if we euthanized patients by harvesting their organs?” Or, to make the issue crystal clear, another way to ask the question is: “Can we end a person’s life with their (or their family’s) informed consent by taking them to the operating room and, under general anesthesia, opening their chest and abdomen surgically while they are still alive to remove vital organs for transplantation into other people”?

Although Dr Ely opposes this so called “death by donation” or "imminent death donation”, the scarcity of vital organs has caused US government agencies and international medical conferences in 2018 and 2019 to discuss the ethical implications of approving such a policy. Prior to this debate, and in order to protect severely ill patients from being killed for the sake of their organs, the medical field had adopted the “Dead Donor Rule” which stipulated that donors must meet the legal criteria for death before any vital organ can be taken from their body for transplantation.

In 1981, the United States adopted the Uniform Determination of Death Act (UDDA) which classifies someone as dead either (1) after heart death, that is, irreversible cessation of circulatory or respiratory functions or (2) brain death, that is, irreversible cessation of all functions of the entire brain. Other countries define death somewhat differently. The UK and India define death solely as the permanent cessation of brainstem function while Israel, Saudi Arabia, South Africa, Japan, Australia, and New Zealand follow the whole brain criteria for death. However, they have developed differing tests to determine what constitutes such whole brain death.

Advocates for liberalizing the criteria for what constitutes death argue that technology complicates the issue. They cite the fact that mechanical ventilation can sustain blood circulation through the body and brain even though the vital organs necessary to support life are incapable of doing it on their own.

The idea of killing someone for the sake of obtaining their organs and transplanting them is gaining adherents. The New England Journal of Medicine published an article suggesting it may be preferable to override the “Dead Donor Rule” when patients declare they want to die in order to donate their organs. Advocates point out critical benefits to the receiving patient such as avoiding damage to the organs during the “ischemia time”, that is, the time during which there is an absence of blood flow that can occur during the actual dying process.

With a published strategic goal of increasing the number of transplants, the Health and Services Administration, an agency of the US Department of Health and Human Services, released a studyon the ethical considerations of imminent death organ donations (IDD). As an advocate for IDD, they argued that it may be appropriate to harvest one’s organs in at least two situations:

"IDD might be applicable to an individual with devastating neurologic injury that is considered irreversible and who is not brain dead. The individual would be unable to participate in medical decision making; therefore, decisions about organ donation would be made by a surrogate or might be addressed by the potential donor’s advanced directive."

"IDD might also be applied to a patient who has capacity for medical decision making, is dependent on life support, has decided not to accept further life support and indicates the desire to donate organs prior to forgoing life support and death."

Although they believed “live donation through planned withdrawal of life sustaining medical treatment…may be ethically appropriate and justified by potential benefit to donors, donor families, and recipients”, they declined to move forward at this time “due to a lack of community support and substantial challenges to implementation.” While this is a fortunate conclusion, the agency looked forward to “adequately addressing those challenges through additional research or careful policy development or revision.” So, the pro-life community needs to be prepared for the issue to arise once again in the near future.

The contagion of euthanasia vs true compassion

As evidenced by the movement to liberalize euthanasia through withdrawal of life-sustaining medical treatment, regimes in which euthanasia prevails create a contagion of killing, which travels far beyond the “limits” initially intended by its proponents. Humans do not live in isolation. The more a culture sends messages that some lives are less valuable than others, the more some people will internalize messages to end their lives or possibly view themselves as heroes by providing their life-sustaining organs to save another. A psychological contagion of suicide is unleashed by euthanasia and assisted suicide laws. Condoning suicide in one circumstance implicitly condones it across the board. The wrong of suicide is no longer absolute: death is made a reasonable — even the expected—response to pain, misfortunate, and sadness.

The very expression “mercy killing”, often used to describe euthanasia, is an oxymoron that sets on edge the conscience of anyone with a background in the Abrahamic faiths and in the universal Noahide ethics incorporated within those faiths. From a biblical perspective, no active intervention may be undertaken to terminate the life of a dying person, and this principle is at the heart of our social order’s moral commitment to respect life. A person’s own body and soul are not his own possessions to harm or destroy. Rather they are given by G-d to the human being in trust. Since G-d gives and takes away life, any form of suicide rejects G-d’s sovereignty. In turn, protecting and respecting life requires that we follow the universal ethical values of the Abrahamic faiths (also known as the Judeo-Christian worldview) and thus reject contemporary secularism’s view that when suffering renders a person’s life burdensome to himself or to others, we can and may dispose of that life.

People frequently request euthanasia when they are emotionally and/or psychologically distraught. Assisted suicide is overwhelmingly requested and granted based on misguided “compassionate” concerns such as burdening family and caregivers. It is prompted by fears of the loss of autonomy, of control over bodily functions, and of the ability to participate in enjoyable activities.

Euthanasia therefore abandons people at their most vulnerable. Rather than providing compassion and support for people in their suffering, euthanasia presents a callous and insensitive “alternative.” A “compassion” that extinguishes life on account of suffering practices cruelty against this essential person. Adding in the idea that your organs may save another person’s life does not change this perspective. True compassion balances kindness towards suffering with respect for the boundaries and purposes of persons as defined by their Creator.

A major problem in physicians “playing G-d” by making life or death decisions is the unpredictable and often inexplicable reality of recovery from comas. A coma occurs when the patient is unresponsive to his or her environment. All too often we hear stories of those who spent years in a coma-like state only to regain consciousness after several years. Several examples of individuals who regained consciousness after years of being in a vegetative state may be relevant. Patricia White Bull of Albuquerque, New Mexico was unresponsive for 16 years after suffering a lack of oxygen while giving birth to her son Mark; two examples of waking up after a 19 year coma are Polish railroad worker Jan Grzebski who suffered from a brain tumor, and car accident victim and Arkansas resident Terry Wallis;  a South African car accident survivor, Ayanda Nqinana,  reawoke after a 7 year coma. (On the other hand, Ariel Sharon, former prime minister of Israel, was stricken with a stroke in 2006 and remained in a coma until his death in 2014. Under Israel’s dead donor rule, it would have been unethical and illegal to harvest Ariel Sharon’s heart and kidneys during that time period.)

From the time of Hippocrates, codes of medical ethics condemned killing by physicians. Combined with the Biblical prohibition, this age-old rule became part of the medical, ethical, and legal opposition to active euthanasia and physician assisted suicide.  Nevertheless, countries such as Canada, Belgium, and the Netherlands have already broken with this practice by permitting euthanasia and physician assisted suicide. And once such societies accept killing as an acceptable solution to the expressed desires of a person or their family, it becomes easier to rationalize euthanizing patients for their organs as an additional way to assure effective transplantation of the organs.

In the United States, the question of legalizing or prohibiting assisted suicide has been percolating for more than twenty years. In 1997, the Supreme Court dealt with two federal court cases, Washington v. Glucksberg and Vacco v. Quill in which it was asserted that assistance to commit suicide was a fundamental liberty protected by the Constitution. To the contrary, the Court determined that no such right exists in America’s Constitution.

The Court said that a patient may decide to discontinue life-sustaining treatment, but the Constitution does not protect a right to death intentionally inflicted by the joint effort of doctor and patient. The Court recognized that in one case the cause of death is the underlying illness (consistent with the Dead Donor Rule); in the other, it is human action (consistent with the Death by Donation approach). There is an important distinction between letting someone die and killing someone.

In determining that there is no federal constitutional right to commit suicide with the help of a physician (whether considered under the due process clause or the equal protection clause), the Court left the decision whether to legalize or ban such actions up to the individual states.

The issue of euthanasia and its proposed extension to death by donation is an important challenge we as a society must face in order to maintain a political moral center within our culture.  One essential ingredient of this process is to overcome the emerging support for sanctioned killing and to re-anchor contemporary culture in the protection of life rather than its disposal.

Arthur Goldberg is Co-Director of the American based Jewish Institute for Global Awareness, former Co-Director of JONAH, Inc. JIFGA sponsors www.fundingmorality.com, a crowd-funding site for those committed to Biblical values. He has authored Light in the Closet: Torah, Homosexuality, and the Power to Change. You can contact him at: Arthur@jifga.org