Child sacrifice, then and now. 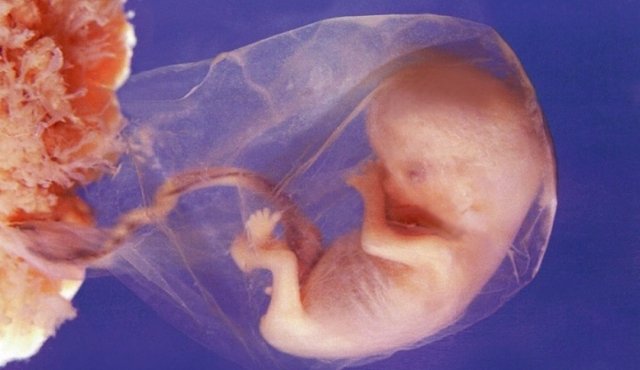 Don Feder, a columnist whose work I admire and books I recommend, wrote a column in which he stated:

“The outcome of our national debate about abortion, homosexuality and drugs will determine what sort of people we become.”

Mr. Feder wrote that in 2002.   What sort of people have we become since then?

On April 25th 1967, Colorado became the first state to liberalize their abortion laws.   At that time, abortion was only permitted to save the life of the mother.   Freshman Colorado legislator Richard Lamm introduced an abortion reform bill and it was passed and signed into law by the governor.   Lamm later went on to become a three-term governor.

There were minor limitations to the Colorado law.  A woman facing a pregnancy that would endanger her physical or mental health needed to get approval by three doctors to obtain an abortion.   If a hospital doctor had moral opposition to committing abortions, no disciplinary action was taken.   If the baby was diagnosed with a disability or the mother was a victim of rape or incest, abortion was allowed.

During the cultural upheaval of the 1960s, pro-abortion groups began to mobilize in their fight for abortion-on-demand and a need for unlimited abortion in America.   Once abortion was legal in Colorado, they worked behind the scenes with their media allies and the Courts to get abortion laws liberalized in all the states.   They propagated the lie that thousands of women were dying and that legalization was necessary to protect women from back alley butchers.

Fifty-three years later, Colorado politicians no longer need to work behind the scenes, and now the fight is about the right to commit infanticide.  Colorado House Bill 20-1068 “Concerning the Enforcement of the Rights of a Living Child After an Abortion” would have mandated medical care for babies that survive botched abortions.   But the bill was killed in committee.

From the second paragraph of the Bill Summary:

“The bill requires the physician to exercise the same degree of professional skill, care, and diligence to preserve the life and health of the child as a reasonably diligent and conscientious physician would render to any other child born alive at the same gestational age and requires that the child born alive be immediately transferred to a hospital.”

Why would anyone want to kill a bill that protects infants from murder?

The one thing that has not changed in 53 years since the first abortion law is that the media continues to lie about the facts.   Consider the title of Carter Sherman’s article:  “Senate Republicans Want to Protect Babies ‘Born Alive’ After an Abortion.  That Doesn’t Happen.”  Kermit Gosnell is in prison because it does happen.   Carter Sherman writes:

“Are babies often born after failed attempts at abortions?   No.  But there are situations where, due to a medical emergency or fetal anomalies, a woman must deliver an infant who will not live long past birth.   That woman, in consultation with her doctors, might then choose to let the infant pass naturally.”

The Charlotte Lozier Institute examined the data from the CDC:

The Centers for Disease Control and Prevention estimate that nationwide, between 2003 and 2014 at least 143 babies died after being born alive during botched abortions, though the CDC also states this could be an underestimation.

Investigative journalist Carole Novielli compiled information and videos from several states over a number of years.   Read the data, follow the links, watch the videos and examine the tables.  The evidence points to the fact that babies are not being given care.   Carole concludes:

“It is not known how many children survive abortions and are left to die, but it is a reality, even if the industry tries to keep it a secret.”

It’s been two decades since registered nurse Jill Stanek discovered that infants were surviving abortion and being left to die where she worked at Christ Hospital.   Earlier this month, Ms. Stanek gave testimony to the U.S. Senate Judiciary Committee at the Born Alive Abortion Survivors Protection Act Hearing.  She described the horrible actions taken by Christ Hospital staff; how babies were born alive, neglected and placed into a soiled utility room to die.

Despite the evidence that this barbaric treatment of children is happening, laws continue to be introduced and passed in leftist states permitting infanticide.   Seven states removed abortion from the criminal code, designating the murder of unborn children as health care.   After Gov. Cuomo signed the so-called “Reproductive Health Act” into law, a man murdered his pregnant girlfriend by stabbing her repeatedly in the stomach as she pled for the life of her baby.   The pregnant victim and her unborn baby died.   The man, Anthony Hobson, was charged with Jennifer Irigoyen’s murder but the charge of illegal abortion of her unborn child was dropped.

If Jennifer had survived the multiple stab wounds, would she have received justice for the murder of her wanted child?   Why are the feminists silent when a pregnant woman is savagely murdered by a violent, despicable man?   It is sickening!

Recently, I had lengthy on-line chat with a pro-abortion extremist who opposes any restrictions on “choice.”   I sent this individual the news story about the bill that would have mandated medical care for babies that survive, hoping we can agree that these babies should be saved.   I was dismayed by the person’s reply and ignorance of the Constitution (italics are mine):

“The majority of abortions are provided within 6-8 weeks of pregnancy.  20 weeks is way too late.  The Lima bean is a baby by then…Why after 20 weeks would someone choose to make this choice?  Maybe their husband left and they can’t afford the healthcare to be pregnant?  We can only imagine the different scenarios.   Having multiple abortions because you don’t want to use a contraceptive is wrong.   But again, in our American constitution it is a woman’s right and choice.”

Don Feder gave an address on the topic of abortion and assisted suicide that recalls how past cultures practiced child sacrifice.   It serves as a warning for us.   Mr. Feder’s insightful commentary invokes the importance of G-d in our lives and what happens to civilizations that show indifference to the value of human life:

“Two of God’s attributes are justice and mercy. If we are to emulate Him, we must ask ourselves:  Is abortion just?   Is abortion merciful?   Or is it a denial of God and a reversion to human sacrifice – this time to an idol called “choice”?”

“When abortion was legalized in New York State, prior to Roe v. Wade, the great Talmudist Rabbi Joseph Soloveitchik predicted, “If you kill a fetus, a time will come when even infants will be killed.”   Been there.   Done that.”

“We’ve gone from abortion to infanticide to euthanasia and doctor-assisted suicide.”

“You choose life and you get life. You choose death and you get death. For more than half-a-century, we have chosen death – death by abortion, death by euthanasia, and death by rapidly falling fertility, due to a refusal to marry and have children.”

“The choice before us is stark – blessings or curses, life or death, Sinai or savagery and oblivion.”