America Under Siege, Then and Now 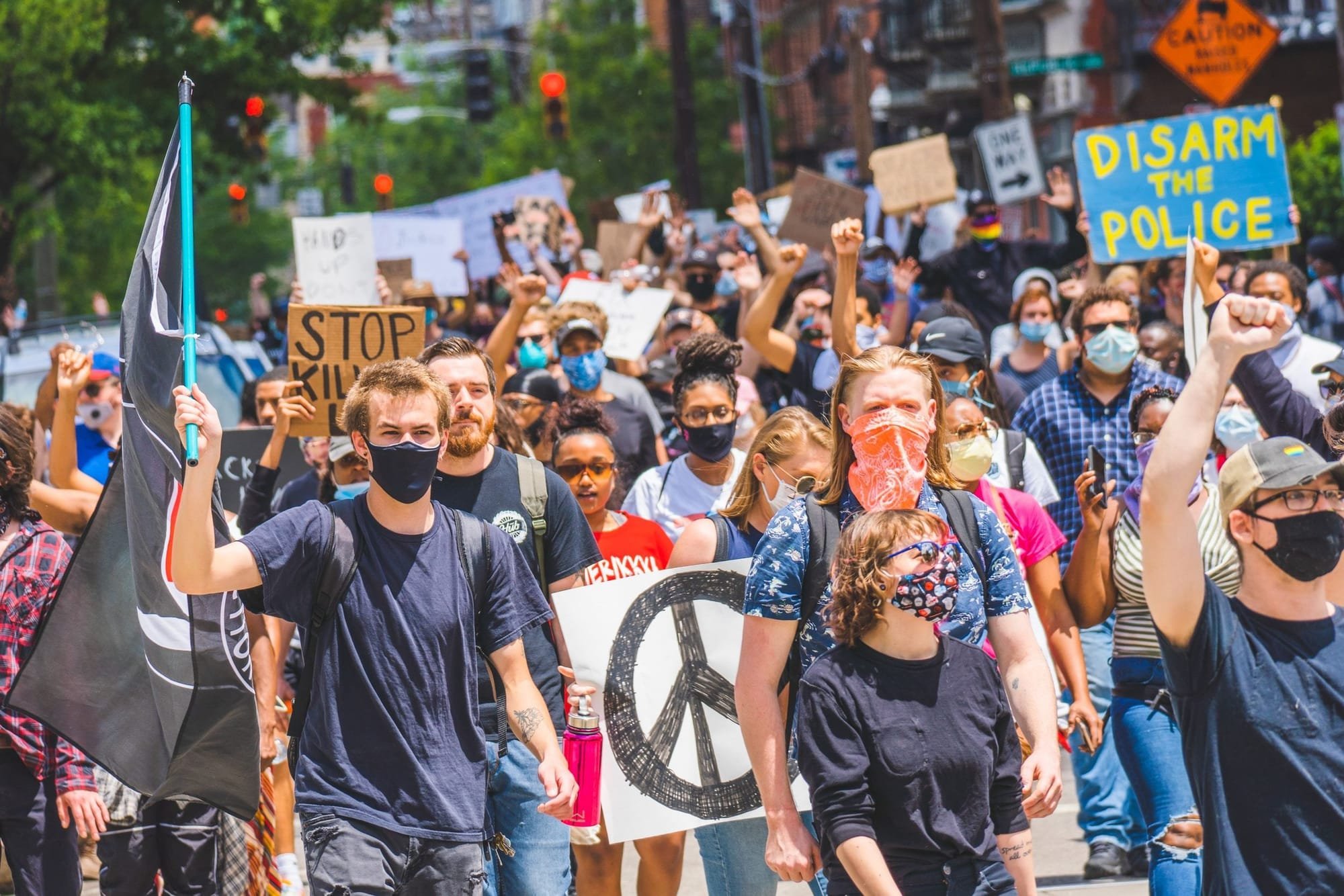 Nearly 30 years ago, during a three day rioting spree that began on August 19th 1991, blacks living in the Crown Heights neighborhood in Brooklyn took to the streets in a violent rampage against the local Jewish community.   It was chaos and mob rule.   Lemrick Nelson Jr. participated in those riots.   On the morning of August 20th, 1991, 29-year-old Hasidic scholar Yankel Rosenbaum was surrounded by a large group of black youths, mercilessly beaten, his skull fractured, and Lemrick Nelson Jr. stabbed Rosenbaum to death.   Incredibly, a jury acquitted Nelson but he ended up spending 10 years in prison on civil rights charges.   The other youths were never charged.

The Crown Heights riots lasted three days and turned into a pogrom, with enraged black youths shouting: “Death to the Jews.”  Calls poured in from Jewish residents to 911 and were ignored.

What triggered the violence was a tragic car accident on the evening of August 19th 1991. The driver of a motorcade carrying the Lubavitcher Rebbe Menachem Schneerson ran a red light and accidentally killed 7 year-old Gavin Cato, and injured his cousin Angela. The driver, Yosef Lifsh, left the car and tried in vain to help the dying child, although there were conflicting accounts of what happened that evening. EMS workers who arrived on the scene said that Lifsh was being beaten by a group of several men.

Yankel Rosenbaum was not the only victim to die that summer in Crown Heights.   During the rioting, an elderly Hasidic Crown Heights resident was stabbed in the neck.  Two weeks later on September 5th, Italian-AmericanAnthony Graziosi was dragged from his car, savagely beaten and stabbed to death by a mob of black youths.  Graziosi was murdered because was mistaken for an Orthodox Jew due to his black beard and clothing.

The racial division that happened nearly 30 years ago was led by a number of known anti-Semitic black leaders who incited the local black youths, causing eruption in a neighborhood that was already fragile and split with racial tensions.    Principal among the leaders causing disruptions were Al Sharpton and Sonny Carson, who led a march through the Crown Heights neighborhood  carrying anti-Semitic signs and burning the Israeli flag.

Al Sharpton was an agitator and a pervasive influence on young New York blacks in the 1980s and 90s.  He does not regret or apologize for his defense of Tawana Brawley,  which turned out to be a hoax.   It was Al Sharpton who began the chant, “No Justice, No Peace” in the march that led to the Crown Heights riots.   Al Sharpton’s actionswere horrendous.  Today he is established as a radio and TV talk show host and frequent commentator on MSNBC.   What kind of justice is that?

What happened in Crown Heights showed a failure of Police Commissioner Lee Brown for not immediately sending police to patrol the area and break up the mobs, and of Mayor David Dinkins’ administration.   That is why Dinkins was voted out of office and Mayor Rudy Giuliani, a prosecutor known to be tough on crime, won the next election.

To  this day, there is still no peace for the Orthodox Jewish community residing in the area.   Last year, The Jewish Press staff compiled a list of vicious attacks against Jews, all occurring in the Crown Heights section of Brooklyn.  There were 15 attacks in four months.   On April 14th 2020, there was an attack on Orthodox Jews and it can be seen on a series of videos.

One year after Yankel Rosenbaum’s murder in Brooklyn, riots broke out in Los Angeles after four police officers were acquitted in the beating of Rodney King.   That’s when police brutality became a national issue again.  Civil unrest, including rioting, looting, arson and murder lasted for six days after the officers’ acquittal in Los Angeles.   It required the National Guard, U.S. Army and Marines to establish normalcy again.  Unfortunately, 63 died and 2,383 more people were injured.

Beginning in the 1960s, the American response to riots that went on in America was passivity and permissiveness, and that is largely to blame for the persistent, destructive force that has uprooted our society and traditional values.  The only difference between the riots today from those of the 1960s is that online social media groups make it easier to foment Anti-American hatred far and wide by going viral and posting multiple locations where protests will take place.   Moreover, while the death of George Floyd by Minneapolis ex-cop Derek Chauvin was unjust, so are the murders of innocent helpless Americans.

Initial reports included the tragic deaths of retired St. Louis Police Chief David Dorn and federal officer Dave Patrick Underwood.  That number has risen, and 15 people have died during the violent uprisings.   Many of the victims are black.   Derek Chauvin wrongly killed George Floyd and he is being charged with second-degree murder.  Three other ex-cops are being charged with aiding and abetting Chauvin, and all four are being held on $1 million bail.   Justice will be served for this crime.  Police brutality should never be tolerated.  Neither should rioting.

The curfew in New York City has ended.   However, violent sex offenders are being released from jails in New York, and 67,000 criminals were released nationwide.  That’s bail reform, courtesy of “progressive” Democrats.   Curfews may become a future fixture of American life, like masks and vaccinations.   Police officers are taking a knee in front of angry protestors as a gesture of solidarity because of four bad cops who are going to prison for life.   Why?

Since 1973, more unborn black babies have been killed by abortion than the entire American black population in the year 1960.   That is from U.S. Census data.   That is a tragic loss of life and potential.   Why are black leaders not concerned about this issue?

Watching cities burn, innocent people assaulted, a radicalized media that coddles rioters while giving a pass to Mayor Bill de Blasio and Gov. Andrew Cuomo for their ineptitude, questions remain.  Why were Christians prevented from attending church services during the COVID-19 crisis?   Why did Mayor de Blasio enforce “social distancing” for a funeral procession held by Orthodox Jews? Why were peaceful pro-lifers arrested for handing out roses to pregnant moms, hoping to save their babies lives?  When did religious intolerance become the norm?

Law-abiding Americans deserve answers.  The militant left believes that First Amendment rights are only valid for protestors that support their most dangerous ideologies.   All others need not reply.