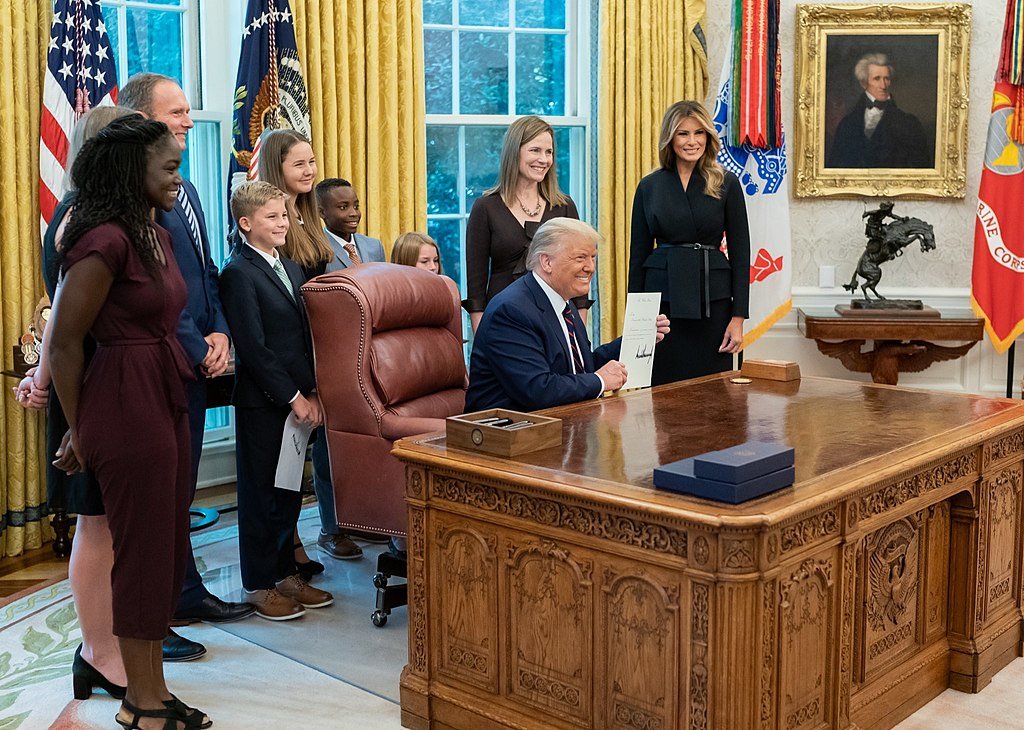 If the Senate Democrats were smart, they would show up and vote unanimously to confirm Judge Amy Coney Barrett. They won’t make disgusting statements like, “The dogma lives loudly within you.” They won’t ask questions about Roe v. Wade, even though anyone who cares about human life knows that abortion is the killing of an unborn child.

They also should not reference the previous 2016 Obama nomination of Chief Judge Merrick Garland of the United States Court of Appeals for the D.C. Circuit. The Republicans were in control in 2016 and they are in control now. Whichever party has control of the Senate has the raw power to decide which nominees get hearings. That’s why the Senate leadership refused to hold hearings to vote on Judge Merrick Garland’s nomination. That’s why they are choosing to go forward now with a vote on Judge Amy Coney Barrett’s nomination. Those are the rules. When Democrats are in power, they do the same and much worse.

When Sen. Harry Reid (D-Nevada) was Majority Leader during the Obama presidency, he changed the filibuster rule to make it a simple majority vote on all court nominations below the Supreme Court level. He used this “nuclear option” to stop any possibility of a Republican minority filibuster. They were perfectly fine to torpedo Republican court nominees they didn’t like and then changed the rule enabling them to confirm federal court appointees they did like. Now it is coming back to haunt the Democrats because they can’t use the filibuster against a simple majority vote to confirm Judge Barrett. To that I say: You wanted it, you got it.

The Democrats and their media allies would do best not to post offensive tweets suggesting that Judge Barrett did not legally adopt her kids or that she has too many kids to be a good mother. Right after President Trump announced her nomination, and before you could utter the words “embryonic zygote” the vultures came out to prey.

There were the two disgusting tweets by @JohnBrougher of NextGen America and Hill staffer @DanaHoule, both of whom could not wait to share their words of wisdom in some astonishing tweets. From Brougher:

“As an adoptee, I need to know more about the circumstances of how Amy Coney Barrett came to adopt her children, and the treatment of them since. Transracial adoption is fraught with trauma and potential for harm, and everything I see here is deeply disturbing.”

A smart word of advice to Democrats: If you want your guy Joe Biden to win the White House and your party to take the Senate, you don’t want to attack President Trump’s nominee for adopting two Haitian black children. You definitely don’t want to go there.

If Judge Coney Barrett killed her five other children by abortion, would the lunatics on the left have said a single word? You bet they wouldn’t. They probably would have praised her and had a celebration, like the one Gov. Andrew Cuomo had in New York City when he signed into law the so-called “Reproductive Health Act” allowing babies to be killed by abortion up to birth.

Why are the Democrats and their followers in a tizzy about abortion? There is no guarantee that that Roe v. Wade will be overturned. I certainly pray that it will be. I believe that Judge Barrett and Justice Clarence Thomas would vote to overturn Roe, and possibly Justice Alito would as well. However, Chief Justice John Roberts has leaned more to the left on recent decisions than expected.

Consider the following six former Supreme Court Justices: Harry Blackmun, Lewis F. Powell, Jr., John Paul Stevens, Sandra Day O’Connor, Anthony Kennedy and David Souter. They were all nominated by Republican presidents. Justice Harry Blackmun wrote the Roe decision. Justice Sandra Day O’Connor was the swing vote in the Casey decision in 1992, keeping Roe v. Wade intact. On abortion decisions, these Republican-appointed judges ruled with the liberals repeatedly once they were confirmed to the Supreme Court. It is going on 48 years. Abortion is still legal and unborn children are still being destroyed. So what are the liberals upset about?

Judge Amy Coney Barrett is a stellar nominee and a perfect pick for the Supreme Court.   Hopefully the "ayes" have it.  She should be confirmed without delay.