Why Judge Amy Coney Barrett Should Be Confirmed 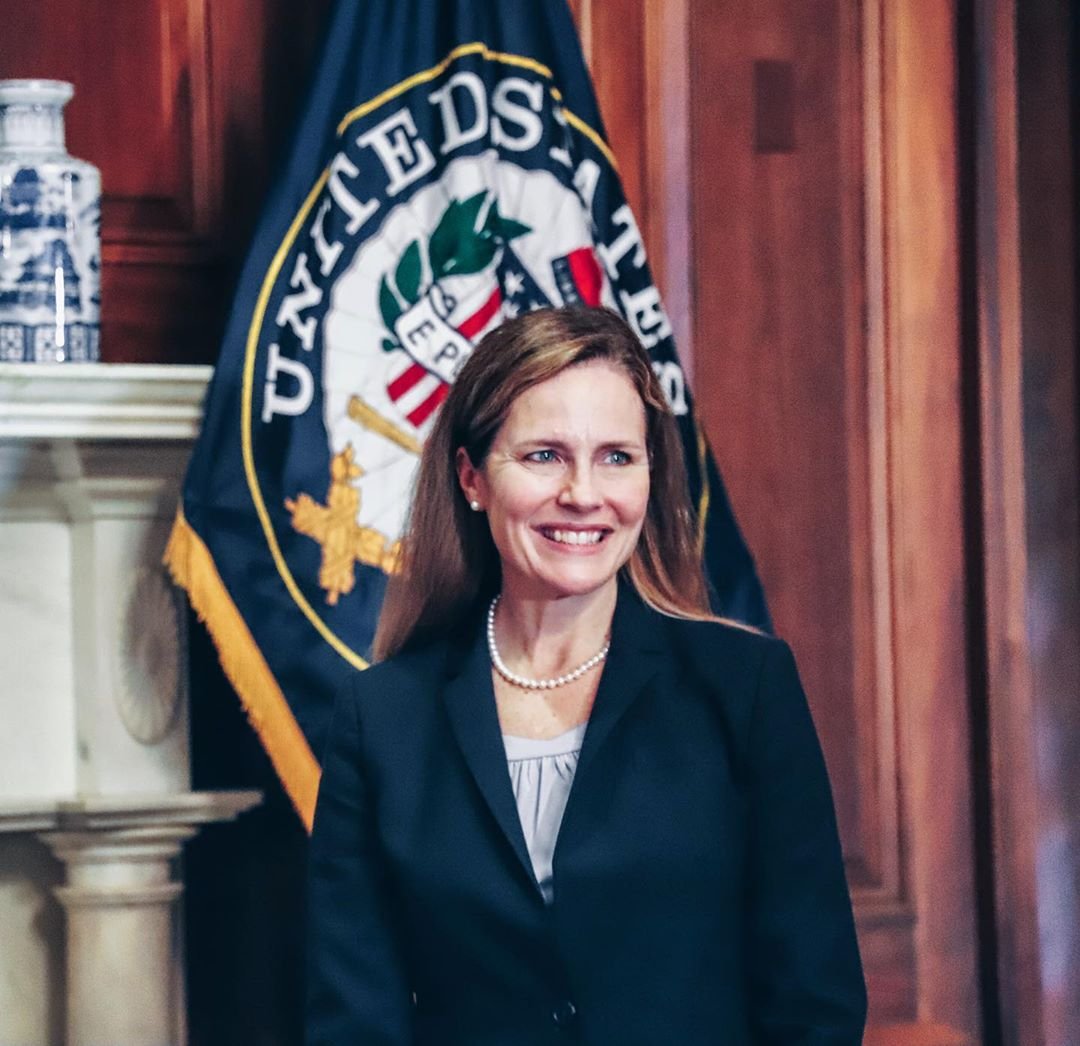 Having watched most of the confirmation hearings for Judge Amy Coney Barrett I am impressed by her credentials, scholarship and that she is an originalist who would likely interpret the law rather than legislate from the bench. If Judge Barrett does get confirmed, I am hopeful that Roe v. Wade will be overturned. Most Americans still don’t realize that Roe v. Wade along with its companion law Doe v. Bolton have opened the floodgates by allowing abortion primarily for convenience. A diagnosis of Down syndrome – a disability - usually means the parents will choose abortion. Since 1973, 62 million unborn lives have been lost for choice. Generations, gone.

Judge Amy Coney Barrett conducted herself with dignity and was composed under pressure during three days of grueling questions, which sounded more like an interrogation. Senator Mazie Hirono (D-Hawaii) asked Judge Barrett if she ever committed sexual assault, and Judge Barrett’s children were sitting nearby! Although Senator Hirono stated that she asks those questions to every judicial nominee she interviews, she went right into the questions without suggesting to Judge Barrett that perhaps it was inappropriate for her children to hear. Sen. Hirono's questioning was out of line. Senate Judiciary Committee Chair Lindsay Graham could have stopped the questioning and Senator HIrono should have been censured.

During her hearing, Judge Barrett’s responses reflect her originalist approach to the U.S. Constitution. In deciding cases, it is likely that Judge Barrett would carefully examine previous rulings before rendering a court decision.

Looking back in our history, an important document that is sometimes overlooked regarding religion and morality comes from our first president. President George Washington was deeply committed to liberty and freedom for all Americans and his farewell address bears repeating. Our first president clearly stated that religion and morality are not to be separated from public life:

Of all the dispositions and habits, which lead to political prosperity, Religion and Morality are indispensable supports. In vain would that man claim the tribute of Patriotism, who should labor to subvert these great pillars of human happiness, these firmest props of the duties of Men and Citizens. The mere Politician, equally with the pious man, ought to respect and to cherish them. A volume could not trace all their connexions with private and public felicity. Let it simply be asked, Where is the security for property, for reputation, for life, if the sense of religious obligation desert the oaths, which are the instruments of investigation in Courts of Justice? And let us with caution indulge the supposition, that morality can be maintained without religion. Whatever may be conceded to the influence of refined education on minds of peculiar structure, reason and experience both forbid us to expect, that national morality can prevail in exclusion of religious principle.

The right to kill one’s unborn child for “choice” is not mentioned in any of our founding documents. An unborn child is not part of a woman’s body. This is an age-worn argument used by abortion supporters that ignores science, DNA, 4D and the latest 5D ultrasound technology. If anything, abortion should be never be legal in our time because science proves the humanity and genetic autonomy of the unborn child is distinct from both parents. In other words, pro-lifers adhere to science, not to the views of Judge Amy Coney Barrett. We acknowledge fetal medicine and scientific advancements. In this aspect pro-lifers are the real progressives!

Opposition to abortion cannot be neatly labeled as a religious issue. Obviously, it is a moral one but it is also a civil rights issue. There is a pro-life gay group call PLAGAL. There are many secularists who support the right to life – Secular Pro-Life is just one – and it is not accurate to classify pro-lifers into a single ideology. Ben Shapiro is Jewish, and anoutspoken advocate for life. I am Jewish, conservative and pro-life. We are all guided by our mission to saving the lives of unborn children and helping pregnant mothers choose alternatives to abortion. Personal religious doctrine is extremely important to some of us, but not all.

Obviously, pro-lifers want to see abortion banned because we support the rights for the unborn as well as those who are born. At the very least, as long as abortion remains legal we must have sensible restrictions that most Americans support. To this end, we need more conservatives like Judge Amy Coney Barrett confirmed to the Supreme Court. There is no reason to believe she will do anything other than adjudicate the law fairly and justly. And there is no guarantee that Roe v. Wade will be overturned.

I have been reading about abortion horror stories since I began writing on the topic in 1992. At that time, pro-lifers knew about partial birth abortion but the major media suppressed the facts. The public outcry over partial birth abortion did not begin until October 1999 with the Senate hearings led by Senator Rick Santorum (R-PA) defending life and Senator Barbara Boxer (D-California) defending this barbaric cruelty. It was chilling to hear Senator Boxer describe why suctioning out a baby’s brain was necessary to protect a pregnant woman’s health. The U.S. Supreme Court did not agree and by a very slim margin (5-4 ruling) in the landmark Gonzales vs. Carhart decision, allowed the 2003 Partial Birth Abortion Ban Act signed by President George W. Bush to stand.

A society that devalues life recognizes no limits. If an unborn child has no rights, then who does? How about the child out of the womb at age one, two or later? Utilitarian bioethicist Peter Singer defends infanticide because “human babies are not born self-aware” and can be eliminated. Singer also supports assisted suicide and euthanasia. More recently, Wesley J. Smith, Chair of the Discovery Institute, disclosed that Peter Singer advocates for medical discrimination against the elderly including those stricken with COVID-19.

These are the kinds of cases that may come up before the U.S Supreme Court. As I recently wrote in my election brochure, the thinking of the Supreme Court in Roe v. Wade opens the way to killing those with disabilities and the elderly, because it gives no absolute value to human life. The last thing we need to worry about is Judge Amy Coney Barrett’s religion.