Why is there no opposition to Capitol Punishment? 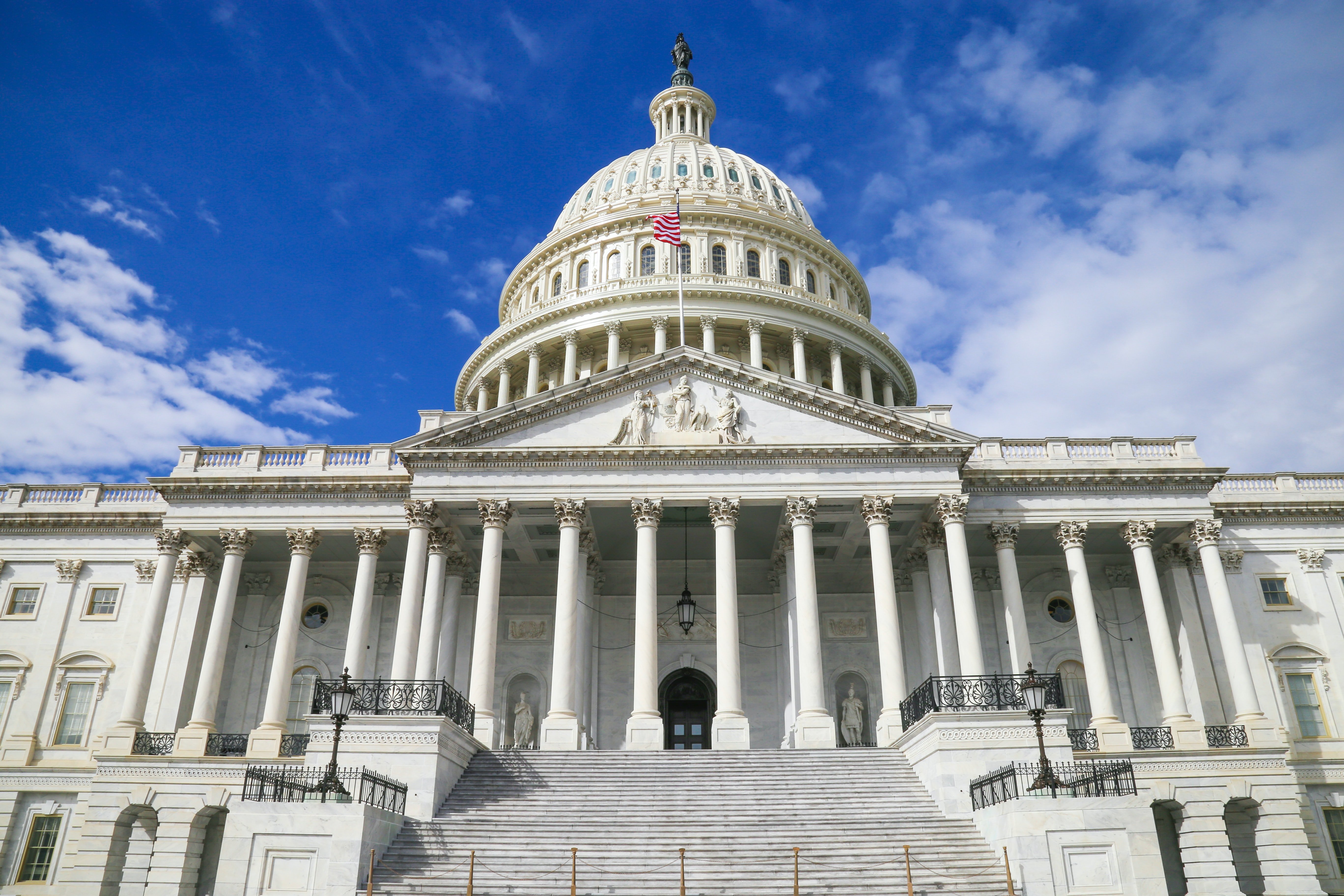 I am pro-life and I abhor violence and watching people behaving like savages.  It is tragic that innocent people were killed at the U.S. Capitol protest.  The culprits must be jailed.   Five people are dead and 70 rioters were arrested.   Acts of violence and terror are never justified by anyone.

But who is this mob that broke into the Capitol?   Until a thorough investigation is done, we may not know who is responsible.   Hundreds of thousands of Trump supporters attended the D.C. protest.   The mob that stormed the Capitol were a tiny percentage of the peaceful protestors and are likely neo-Nazis, white supremacists, and Antifa terrorists who mixed in with the massive crowd.   They should be punished.

The majority of Trump supporters had nothing to do with this “insurrection” as the media is calling it, and should not be held responsible.    But they are.   They are being targeted for punishment by the same Big Media, Big Tech and radical Democrats that stood idly by and watched while our country was ravaged and torn apart by BLM and Antifa rioters all throughout the year 2020.

That is an entire year that will live in infamy and not just a day.   Where was Senator Chuck Schumer then, with his name-calling of “insurrectionists, goons and thugs,” and “domestic terrorists?”  Where was Schumer when cities were burning down last year in organized riots and dozens of innocent Americans were killed?

“I want to be very clear:   Those who performed these reprehensible acts cannot be called protestors – no, these were rioters and insurrectionists, goons and thugs, domestic terrorists.   They do not represent America.   They were a few thousand violent extremists who tried to take over the Capitol building and attack our democracy.   They must and should be prosecuted to the full extent of the law – hopefully by this administration, if not certainly by the next.   They should be provided no leniency.”

Don’t worry Mr. Schumer, they won’t be.   And it wasn’t a “few thousand violent extremists” but that won’t stop Schumer from lying about it.   This is the same Chuck Schumer that threatened two U.S. Supreme Court Justices last March with his outrageous shrieking outburst.

“I wanna tell you Gorsuch.   I wanna tell you Kavanaugh.   You have released the whirlwind and you will pay the price.   You won’t know what hit you if you go forward   with these awful decisions!”

Big Media, Big Tech and the radicalized Democrat Party are unified in a single mission: To diminish, denigrate and discredit the 75 million Americans who supported President Trump.  With ten days to go, they are doing another impeachment just to embarrass President Trump. They spent four years with a bogus Russian investigation.   It wasn’t enough to destroy President Trump’s legacy and his outstanding accomplishments, or to steal the election.   They have to use the small number of rioters to punish us all.

Rick Klein, ABC News Political Director, originally wrote a missive that included this gem about Trump supporters which sounds like it came out of the Goebbels playbook, italics mine:

“Cleansing the movement he commands, or getting rid of what he represents to so many Americans, is going to be something else.”

But the original article has been edited.  Since ABC News published that article, Mr. Klein “cleaned up” his message and act because apparently even he knew his choice of words was disgraceful.

It is appalling that the media defended BLM and Antifa protestors, giving these terrorist groups a ho-hum free pass to riot that began right after a police officer killed George Floyd.  A blog piece written by Raymond Wolfe recaps and summarizes the tragic riots of 2020 and the consequences.

The following paragraphs are from his excellent article:

“At a Portland rally last August, “anti-fascist” anarchists murdered pro-Trump demonstrator Aaron “Jay” Danielson and celebrated the killing. “He was a f—ing Nazi! Our community held its own,” a woman can be heard screaming in response to the murder. Oregon governor Kate Brown blamed the violence on Trump supporters.”

“A total of twenty-five Americans were killed either amid “political demonstrations” or as a result of “political unrest,” in 2020, according to The Armed Conflict Location & Event Data Project.”

“In Seattle, Black Lives Matter rioters overran the local police department and seized six city blocks last year, leading to two homicides and a spike in local rapes. They later tried to seal Seattle police inside a precinct and burn them alive.”

“Moreover, Black Lives Matter and allied activists have torn down or vandalized dozens, if not hundreds, of statues and other historic monuments, including memorials honoring first responders, Catholic saints, African-American soldiers, and victims of the Armenian genocide.”

In 2020, BLM riots resulted in the destruction and defacing of 113 statues, including American heroes such as Francis Scott Key, President Abraham Lincoln, and Ulysses S. Grant.

It’s interesting how suddenly the Capitol building is “sacred” to the radical left.   On New Year’s Eve, seven radical Antifa protestors vandalized federal buildings in Philadelphia, writing graffiti on the buildings and smashing windows.   In August, 2020 the Multnomah Building in Portland was targeted by leftist protestors and set on fire.

The riots of 2020 were either ignored or condoned by the political elites and the press:

Chris Cuomo:  “And please.  Show me where it says that protests are supposed to be polite or peaceful.”

'Eric Holder:  “When they go low, we kick them.” (Followed by laughter and applause.)

MSNBC reporter:   “I want to be clear on how I characterize this.  This is mostly a protest.   It is not generally speaking unruly.”  (He says this on camera with Minneapolis in flames behind him.)

Don Lemon:  “No organization is perfect.   There is violence.  No one condones the violence, but there are different reasons for Antifa and these neo-Nazis to be there.  One, Racists, fascists.   The other group fighting racists, fascists.”  (Don Lemon appears to be defending the violence committed by Antifa, the “other group” responsible for many of the riots in 2020.)

When radical leftists unite behind their causes – to defend criminal acts such as BLM and Antifa gang members killing innocent people, burning down cities, destroying property and businesses, and tearing down national monuments and statues – they have excuses and reasons.   The people who commit the crimes are not guilty, they are justified.   It’s the “correct” response to police brutality against blacks.

But for the past four years, Trump supporters have been insulted, called “deplorables” and treated like trash.  Since the coronavirus lockdowns, they have been barred from attending church services even if they remain in their cars.   They are ticketed for trying to open their businesses and feed their families.

On November 3rd, their election was stolen from them.   There is clear evidence of fraud, illegal voters, dead voters, drop boxes where no proof of identity was required and voter dumps.  The extensive report by Peter Navarro, “The Immaculate Deception” revealed outright voter fraud.   All of this evidence was ignored by state legislatures, state supreme courts, and the U.S. Supreme Court.

Across America in 2020 churches were closed and businesses were shut down while abortion businesses that kill babies were allowed to stay open.   President Trump’s supporters were ignored by the Republican establishment.   When millions of Americans are deemed irrelevant and are treated like garbage even by their own party, they feel desperate and reach their breaking point.   That’s what happened on January 6th.

The majority of protestors were peaceful.   Breaking into the Capitol building is a crime and those who did so must be arrested.   However, these days just being a Trump supporter can result in Capitol punishment, like this Allentown, PA teacher who was “relieved of duty” for being “emotional” at the protest.   Forbes announced that they are constructing a database that will target and track Trump staffers and their future employers.

Amazon Web Services suspended Parler.com and the growing social media platform will not have a hosting service.  Apple and Google removed Parler from their app stores. Twitter and Facebook suspended President Trump’s accounts.   Simon and Schuster cancelled the publication of Sen. Josh Hawley’s latest book because he was one of six Republican Senators who challenged the election results.   Cancel culture has become an all-out war on freedom of speech and expression.  With the Democrats controlling all three branches of government, it can only get worse.