Our America and the Other America 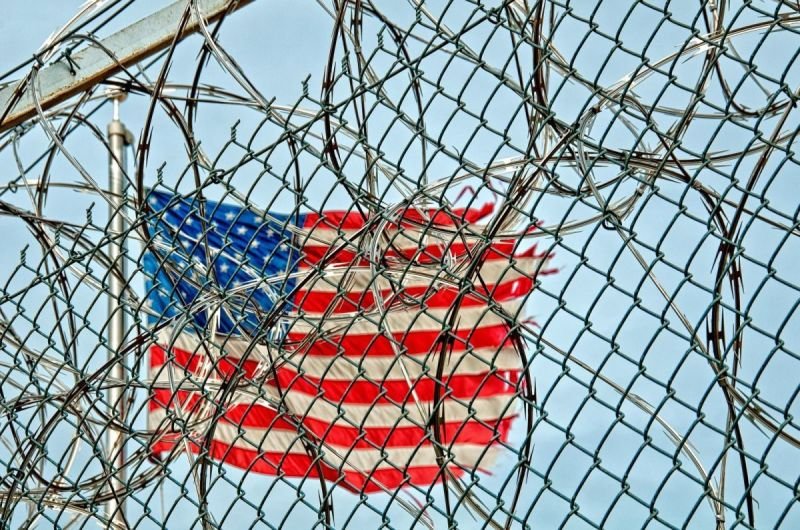 Since the coronavirus changed our lives, we have been talking about a “new normal” and wondering what that would look like. We’re seeing it now in spades with this election, but it isn’t normal or new. It’s the outgrowth of Democratic shenanigans that began with the election of 2000. There are two Americas now. We don’t have fair elections anymore; we have election stratagems run by Democratic operatives.

Many of us recall the controversy regarding the hanging chad fiasco in the 2000 election. It was a blatant attempt by Al Gore’s campaign and the Democrat Party to change election results because President Bush won the electoral college and the election, while Gore won the popular vote. The Democrats went to work to try to reverse the election results by claiming that elderly voters in Florida had issues filling out the ballots. Al Gore began a series of lawsuits and demanded a recount in Florida because his claim – and that of the Democrats – was that every vote be counted. They were, and Bush won. But the outcome had to be decided by the Supreme Court.

In battleground states, there have been outrageous irregularities and voter theft that make the 2000 Florida recount look like an amateur dress rehearsal. It began with the early call by Fox News that Joe Biden won Arizona. Until that call, President Trump was doing much better than expected in all the battleground states. Once the call happened, the entire narrative behind the election changed. Massive numbers of mail-in votes were dumped in battleground states like Wisconsin, Michigan and Pennsylvania in the middle of the night. There were 138,339 votes counted in one hour and every single vote is for Joe Biden. It isn’t possible.

There were also two graphs showing two lines – one red and one blue - trending gradually upward. Then, a sudden surge of votes at 4 a.m. The blue line goes vertical and shoots up, just enough to pass the red line representing President Trump’s voters. After that the blue line levels off and both lines continue their gradual ascent.

Votes poured in for Joe Biden in three battleground states. There were mail-in vote dumps in both Wisconsin and Pennsylvania, and 100% of the votes that came in were for Joe Biden. Of course a pipe burst in Georgia when President Trump was leading in the polls. The votes were not counted for four hours. Worse, Republican officials were escorted out of the Detroit convention center and the workers inside cheered. There is extensive voter corruption and fraud going on. It’s no surprise then that thousands of illegal ballots were filled out in Detroit.

It doesn’t matter though, since poll watchers and Republican officials are not being allowed anywhere near the ballots. Windows in the Detroit TCF Center were being covered with cardboard. They had to maintain a six-foot distance from the ballots, similar to the bubble zones pro-lifers are forced to maintain when ministering to pregnant women at abortion businesses.

The Wisconsin Election Board refused to remove the names of 234,000 ineligible voters from the state’s voter rolls:

“Because of a pair of legally dubious (if not flatly unlawful) rulings, Biden would not have any competition for votes from Democrat-leaning Wisconsinites. The WEC, along with election officials in Madison, then got to work ensuring that Biden would get as many questionable votes as possible.”

The same thing is happening in Pennsylvania where there were 800,000 voters that either died or moved out of the state but whose names still appear on the voter lists. How outrageous is that? The day after the election, 23,277 votes were found in Philadelphia, all for Biden. Does anyone with a brain believe that of the 800,000 ineligible voters in Philadelphia, none are among those that are being counted in Pennsylvania right now?

If this were reversed and Joe Biden were the victim of this level of blatant corruption and election fraud from President Trump and the GOP, the rioters would have burned down the White House.

The fake election remains fluid in the battleground states where it is obvious that the results are being manipulated and stolen from President Trump. The only way a recount would prove anything is if envelopes were attached to the absentee ballots received or envelopes were scanned along with the actual ballots and signatures. But if the envelopes were destroyed, there is no evidence. No proof of any mail fraud. Of course, we know all people are honest and obey the law. Democratic operatives would never toss away the postmarked envelopes, would they?

At least now we know what Sen. Chuck Schumer meant when he shried at Supeme Court Justices Gorsuch and Kavanaugh with his infamous rant : “You won’t know what hit you!”

By the time this article is published the media may have declared Joe Biden the winner. Votes are still coming in. Everyone is saying Trump must fight this. I don’t see how he can survive a massive media and public opinion onslaught. The Democrats hate President Trump and his conservative supporters. There is no opposition party. Where are the Republican Senators? Where are Senators Ted Cruz, Rand Paul and Mike Lee? The GOP just won more House seats and are keeping the Senate. Yet, they are either unwilling to come forward and defend President Trump or they assume we are so stupid that when the mid-terms come in 2022 we will continue to vote the Republican line. So they will tell the president to step aside confident that we will vote for them in the mid-terms.

President Trump proved that an outsider really can and will keep his promises more effectively in four years than any of the GOP establishment has done for 40 years. Not only did President Trump win re-election, I believe he won in a landslide. Never mind. Establishment Republican politicians won’t tolerate that. They would rather take a stand against Trump than confront Democrat operatives and speak out forcefully against the other America in our defense. The only ones to pay the price are the 69 million Americans who voted for President Trump to preserve life and liberty. We will concede both if the riots and violence we’ve seen escalates any further. But it doesn’t pay to bring up life or liberty because the people of the other America are hateful Marxists and they despise us, our traditions, our family values and our way of life. Our America is slipping away and theother America believes the U.S. Constitution is now extinct.