Abortion Stops a Beating Heart: The Heartbeat Protection Act of 2017 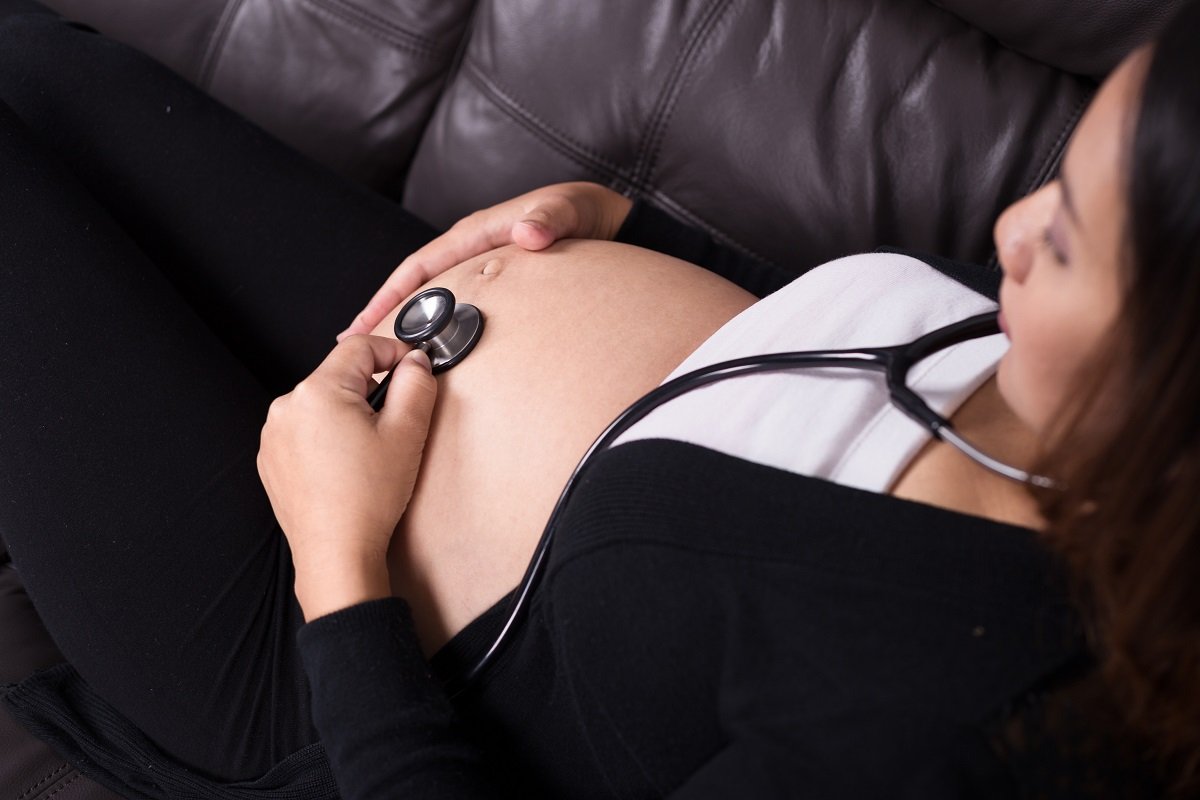 In 1973, the Supreme Court case of Roe v. Wade established a standard of “viability” for the unborn child to determine when the state may have an interest in considering the welfare of the fetus with regard to regulating abortion. The Court ruled that states may only consider the potential wellbeing of the fetus at the point of “viability,” which they defined as the capacity to survive outside the womb. In 1973, the lower limit of fetal viability ex utero was at the beginning of the third trimester: twenty-eight weeks gestation. (A full-term pregnancy is approximately forty weeks.) Subsequently, thanks to advances in the care of preterm infants, fetal viability was pushed back to twenty-four weeks gestation, although recent studies published in the New England Journal of Medicine and Pediatrics for outcomes of preterm infants indicates that some babies can survive outside the womb at 22 weeks. Some pro-life proponents go further, arguing that “today it is possible to save a baby born after the twentieth week, and scientists are currently seeking to develop an artificial placenta that would make ten–week-old embryos ‘viable.’” Pro-life supporters advocate these findings as indicative of new standards of viability outside the womb. Modern science continues to evolve, and “viability,” both outside the womb and within the womb, has continued to change over the forty-four since Roe v. Wade.

The emerging field of fetal medicine permits doctors to diagnose fetal abnormalities and illnesses in the womb and to treat them in utero, increasing children’s chances of living and being born healthy. The principal surgical tool for surgery performed inside the womb is a fetoscope, a millimeters-thick laparoscope that includes a fiber-optic camera and channels through which instruments can be inserted. The fetoscope is inserted into the uterus through a small incision in the mother’s abdomen, and the camera transmits images to the doctors.

Fetal anemia, a condition in which the quantity of circulating red blood cells and hemoglobin in a fetus falls below normal levels, is one example of a condition that can be successfully treated within the womb, thus preventing the heart failure or brain damage that can otherwise result. An anemic fetus can be treated by transfusing blood through the mother’s abdominal wall into the umbilical cord. Another example is congenital diaphragmatic hernia (CDH), a condition in which the unborn child’s diaphragm has a hole in it. Without correction, the unborn child’s stomach, spleen, and intestines drift upward and prevent lung development, causing the baby to die shortly after birth. Thankfully, CDH can be corrected by inserting a tiny balloon through a fetus’s mouth and into his/her windpipe. Fetal surgical methods can also repair a condition called spina bifida, a malformed spinal cord, prior to birth.

As a result of these medical advances, the fetus is increasingly being treated as independent of its mother and thus as a viable human being. The fact that the fetus is a patient—treated separately from the mother—points to the reality that he or she is a separate living human being who should be valued as a person with legal standing.

According to Dr. Yuval Gielchinsky, a senior physician trained in molecular biology in the Department of Obstetrics and Gynecology of the Hadassah Hospital in Israel, such treatments have begun as early as eight weeks after conception, shortly after medical devices can begin to detect a baby’s heartbeat. In some cases, fetal heartbeats can now be detected as early as four and a half weeks after conception using the Doppler device of echograms. Some medical experts indicate that the heartbeat can be detected as early as five weeks after the last menstrual period (about twenty days after conception—about the time many women find out that they are pregnant) with a transvaginal ultrasound.

To conform our laws with these new scientific advances, Congressman Steve King (R. Iowa) has introduced HR 490, “the Heartbeat Protection Act of 2017” to “prohibit abortion in cases where a fetal heartbeat is detectable.” After all, if there is a heartbeat, there is life. And as one youthful supporter, seventeen-year-old Fargo, North Dakota, resident Elizabeth Anderson, rightly understood, “If life ends when the heart stops beating, then life should begin when the heart starts beating.” In the words of Janet Folger Porter, a principal proponent of such legislation, “The heartbeat is the medical measurement of life. It’s the reason you’ve never been to the funeral of someone with a heartbeat.”

Janet Folger Porter tied abortion to detection of a fetal heartbeat when she initiated the campaign for the nation’s first heartbeat bill in Ohio in 2011. Since then, she has succeeded in getting seventeen states to consider similar bills. Three states actually passed the bills. One of them was vetoed by its governor, and the other two faced constitutional challenges before the Eighth Circuit Court of Appeals.

Bound by the Supreme Court precedent of Roe v. Wade and its progeny, the Eighth Circuit Court of Appeals struck down the laws passed by the state legislatures of Arkansas and North Dakota that banned abortion if a fetal heartbeat was detected. However, they opined in MKB Management Corp. v. Stenehjem that “good reasons exist for the [Supreme] Court to re-evaluate its jurisprudence,” including the high court’s holding that states can’t ban abortions before the Supreme Court’s definition of viability. Significantly, the Eighth Circuit opinion declared that the fetal heartbeat is a more “certain and consistent marker” of life than the trimester viability standard currently used by the Supreme Court.

The Constitution and the Question of When Life Begins

In his book January 1973: Watergate, Roe v. Wade, Vietnam and the Month that Changed America Forever, author James D. Robenalt notes that Justice Harry Blackmun, in his initial draft opinion of Roe v. Wade, observed that “the Court, at that moment in time, did not have the experience or knowledge to decide when life begins.” Nevertheless after the case was reargued (after Justices Powell and Rehnquist joined the court), the Supreme Court stated that human life does not begin before “viability,” and defined viability as that stage of fetal development when the infant is “potentially able to live [i.e., survive] outside the mother’s womb, albeit with artificial help.” It is in response to this opinion that the argument rages about what stage of development permits a preterm infant to live outside the uterus. But is this a proper standard?

As the Eighth Circuit stated in its opinion, while “the Supreme Court has posited there are ‘logical and biological justifications’ for choosing viability [outside the womb] as the critical point,” the Eighth Circuit disagreed, believing that state governments “might find their interest in protecting unborn children better served by a more consistent and certain marker [that is, detection of a fetal heartbeat] than viability.”

As has frequently been observed by those opposed to Roe v. Wade, the trimester rule does not originate from anything found in the text of the Constitution. Moreover, the viability concept is clearly subject to ongoing scientific advances in the field of fetal medicine. In a perceptive dissent in the 1983 case of City of Akron v. Akron Center for Reproductive Health, Inc., Justice Sandra Day O’Connor argued that Roe was on a “collision course with itself,” because improvements in technology would continually push the point of fetal viability closer to the beginning of the pregnancy.

According to Hadley Arkes, the fetal heartbeat is in fact one of the strongest indicators of viability. As he notes, “absent some external, unexpected development, once a fetus has reached the stage of five or six weeks and [the] heart has begun to function, it is almost certain that he or she will continue to develop to full term.” Professor Arkes’s understanding of viability within the womb buttresses the logic that viability in abortion cases should coincide with common, non-medical definitions of viability. Normally, viability is defined in dictionaries as the “ability or capacity to live” (American) or having “the ability to develop as a living being” (British) or “having a reasonable chance of success” (British). Such definitions are not necessarily limited to babies surviving outside the womb.

The proposed legislation is equally in harmony with a set of universal moral and ethical values established by G-d and applicable to all of humanity. These shared moral values comprise the Noahide Laws, the bedrock of beliefs shared by Judaism, Christianity, and Islam. This biblically based code was revealed to Noah after the Flood. The Noahide laws were authoritatively reiterated through the Ten Commandments on Mt. Sinai over 3,000 years ago. They involve prohibitions on idolatry, blasphemy, forbidden sexual relationships, theft, murder, lawlessness, and the improper treatment of nature.

Noahide Law clearly prohibits killing an innocent fetus. Even apart from biblical revelation, reason alone leads to the inescapable absolute truth that it is always wrong to intentionally kill an innocent human being. Clearly, no one is more innocent than an unborn child. These universal values—accessible via both reason and revelation—make the protection of all human life paramount, whether within or outside the womb.

When we combine the moral foundation found in the Noahide laws with recent advances in fetal medicine, our path forward is clear: to recreate a culture of life, we should support congressional action to prohibit abortion in cases where a fetal heartbeat is detectable.

Copyright 2017 by Arthur Goldberg.   Article originally appeared in The Public Discourse and is published with permission.